How To Make The Most Of Your Crowdfunding Video As someone who is actively running their first

This is a major part in any campaign and on mine, it didn’t turn out to what I’d have liked it to be.  However, you learn through your mistakes and after my own mistakes (and some extensive reading), I am quite sure about what makes an exciting crowdfunding video.

If you take a quick read of any crowdfunding guide worth its salt, you’ll immediately see one common item that is focused on: The video.  The video, or pitch as it is sometimes referred to, is essentially the single most important thing that people will see on your campaign page.  It’s always at the top of the page.

Campaigns with videos raise more than twice as much

Campaigns that have a video raise more than twice as much as those without and they reach their goal almost twice as often as those without. From this, it’s quite clear that if you want to get your funding, you’re going to need a video.  Alas, not just any old video will do the job, you need a well filmed, well thought out video that has as much forethought gone into it as possible.

Learn from my mistakes

This is one of the biggest mistakes that I’ve made on my campaign. First, I had limited access to an SLR for filming, I could have waited and done the video in scenes over about a month, but I jumped the gun.  The video that was born of this effort is a pretty dull thing, even from its creator. If you want a great video, you need to take time and put a lot of effort into it:

Other than the script, you’ll want to keep your audience interested throughout the video.  More often than not, someone will watch the video and either donate or leave, most people don’t bother with reading what’s below. Read this guide on how to keep your audience engaged, it’s written for actual seminars and such, but the points still stand.

Crowdfunding itself is about getting a crowd behind you – you need to persuade them that you can and will do what you’re saying you will.  People invest in people.

Trust is one of the most important things here.  Keep emphasising the support team around you and if possible, try to get more than just yourself talking in the video.  People feel more assured if they see two people who know what they’re talking about than one.

End With A Bang!

When planning your video, keep it to less than 4 minutes, between 2 and 3 minutes is optimum if possible though.  Be sure to reserve the final 20 seconds or so for a closing scene.  In this final clip:

Shooting your crowdfunding pitch is like writing a book, you need an interesting opening, a middle that keeps the tension and an exciting climax to finish it all off. 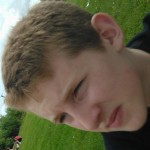