With every passing year the mentions of the Internet of Things (IoT) in mass media are growing more and more numerous. It seems that just a few years ago it was nothing but a fascinating, yet rather vague, concept – and suddenly we live in the world in which its principles are already getting implemented – in a limited fashion, tentatively, slowly, but more and more aggressively.

However, most people have a very fuzzy idea of what exactly IoT is and how close we are to its full-fledged introduction into our everyday lives.

What is the Internet of Things (IoT)?

We all know what the Internet is – it is a worldwide network connecting computers, smartphones, tablets and other devices, mobile and stationary. By using one of these devices, any person can get access to the whole range of information scattered throughout the entire network. If one simplifies things a little bit, IoT can be described as a similar arrangement that functions without human participation – it is a machine-to-machine technology that connects all kinds of devices, mechanisms and systems into a single data field capable of transferring useful information between its members – people still may play a part in it, but it is the ability of devices and systems to “talk” to each other independently that makes it so different from everything we have seen so far.

Fully implemented IoT would mean the world in which most man-made objects are stuffed with technology, electronics, software and sensors, connected to a single network and are constantly gathering, analyzing and exchanging data. The simplest and most obvious example would be a house that automatically tracks and controls its own heating, lighting, air conditioning and ventilation systems, in which you can control every appliance from whenever you are at the moment (even outside) with nothing more than a voice command.

Nevertheless, its possible applications go much further than simply making our lives a little bit more comfortable: from healthcare to transportation, the IoT may completely change the way the world looks and functions.

The future with the Internet of Things

When led to its logical conclusion, an IoT-controlled environment will turn into something we have so far seen only in sci-fi movies: an environment that constantly alters itself to provide maximum comfort and convenience to people dwelling within it, allows us to delegate things that previously demanded our personal attention to machines and so on. A decade ago it seemed like an impossible, futuristic picture. Now, as executives from companies like Microsoft and Samsung keep telling us, it is a future that is just around the corner. It probably won’t be implemented to any considerable extent this year, or the following one, but in five years’ time the world will probably become a completely different place.

Right now a full-fledged IoT may look like a distant prospect, but the situation is very likely to change swiftly. Few were able to predict the speed and intensity with which the smartphone market was going to explode in the recent years and how it was going to change the shape of our everyday world. The same will probably happen with the IoT – the change won’t be smooth and gradual, but sudden and exponential. This means that any business that gets into the spirit of things now, when it is not too late, will be able to reap considerable benefits from being one of the first to embrace the new order of things. Just like with the smartphone revolution, it is not the time to be conservative.

Everyday use of Internet of Things

It is no wonder that IoT became the most important buzzword during the latest Consumer Electronics Show (CES) despite the presence of everything from man-sized drones to flexible TV screens. It seems that the idea of well-known, familiar everyday appliances acquiring new qualities turns out to be much more fascinating than any other new invention. After all, with new things we don’t quite know what to expect of them and whether they are going to find a part in our lives at all. But, for example, a refrigerator that analyzes its contents and places an order for groceries on noticing that milk and eggs are running low touches on things that are close to everyone.

There is an important shift in the general attitude of gadget makers towards the idea of IoT as well. As its implementation gets more and more feasible, they slowly drift from trying to build what is technologically achievable to what is technologically meaningful. In other words, while a couple of years back many developments in this area were done because they could have been done – tech for tech’s sake – now developers are more likely to choose their targets. As a result, development shifts to systems and devices that have some place in our everyday lives, actually making it easier or more convenient, and not requiring more effort to make them function than it requires ourselves to do the things they are supposed to do.

While ideas like a robotic butler recently envisioned by Mark Zuckerberg still sound a bit extravagant and over the top, it seems that almost every tech company has already jumped on the IoT bandwagon. Just like five-seven years ago everybody was developing their mobile strategy, finding a place in the Internet of Things and calling dibs on it seems to be the common trend right now – and only time will show if it is the next Big Thing or an analogue of dotcom bubble of the late nineties.

The following infographic from LuckyPosting can give you more detailed information on the Internet of Things and how the situation with it stands right now. It goes through the stages of practical implementation of IoT solutions, shows the scale on which it already exists and evaluates its possible development up to the year 2020, both in terms of the number of connected devices and the growth rates of particular industries. Finally, it presents several examples of world-spanning brands already introducing these decisions in their processes and results they’ve got.

What do you think of the Internet of Things and what it means for the future? 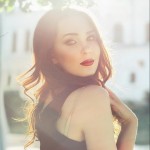