What exactly is a complex software system? Well, many developers and designers tend to interpret this term in one of the two ways.

First, many refer to it as result of adding stuff that does not truly fulfill the purpose or belong to the nature of what is being designed. For example, a developer might end up adding some more lines of code later for including a functionality that was not planned before.

Second, others refer to it as complex engineering wherein the system needs several elements and many interactions based on business rules to interact and behave smoothly. For example, a developer might consider designing a custom one. This usually involves several mathematical methods and principle of electronics.

Analyzing the Interpretations for Simplifying Complexity

Well, the first interpretation is due to lack of proper planning. Similarly, the second one is due to a big scope that encompasses too many elements and their behaviors based on their relations. In both the cases, the key to simplified design is just one: Modularity!

Just think about how a truck is made. It is a vehicle for the end users and a system for the makers. Looking at the latter aspect from another viewpoint, the truck system is made up of smaller sub-systems such as the electrical and engine systems.

Further, the engine is composed of different components such as valves and pistons and is supported by sub-systems such as cooling and ignition systems. Breaking down the ignition system further, there are wires, plugs, and a coil.

So, while the truck system looks extremely complex, nothing is specifically tough or complex to understand if you focus on its components and the process through which they work together.

The same approach is applicable to designing complex software applications. Developers build a big data application or a large system by first designing their smaller modules or building blocks. These days, the technique of object-oriented programming is popular for implementing such a modular approach.

Each object is a coherent and testable unit. When connected, each of them communicates with other objects such that there is no risk of data inconsistency. This makes up a complete system.

Becoming an expert in this domain takes some time, as it is essential to comprehend how each object contributes to the system, how it connects with the rest of the system, and what each one is responsible for.

In short, you build a big system by discovering how to write smaller parts of it. This is followed by combining these parts to form a large system. It is likely to support the top-down and bottom-up approaches of complex system designing and its different models.

Recognizing the Benefits of Simple Solution to Complexity

The significance of modularity is not only confined to simplified design process of a complex system. In fact, it extends to continue giving its benefits even after the system or software is up and running. For example, it ensures easy upgradation for improved performance and quick changes to meet a new demand in short time. Following are its other benefits:

There are many genuine tips for developing reusable modular applications based on object orientation. However, there are some basic tips for complex system designers, which are as follows: 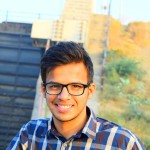