How to Convert Your Smartphone into A New Virtual Reality System Just one century ago, people

Here’s how you can engage with the next big technological advancement and turn your smartphone into a virtual reality system:

Although relatively new technology, virtual reality gear such as headsets for smartphones is already available widely. Differences you will need to choose between include:

For example, you will need to decide whether you want a headset that is tethered to your cellular device or a mobile version. Other details are minor but may matter to you, such as the field of view provided by each headset or the headset’s refresh rate and resolution.

Some of the most popular types of virtual reality gear systems available today include the Samsung Gear VR or the Google Daydream View. Another newer and even more specialized form of virtual reality gear for smartphones is the NOLO VR Tech. This system sets up users up to play popular Steam VR Titles on their smart devices. One of the unique traits of this system is that it is being developed and funded through a Kickstarter campaign as it is intended to be a more affordable option for gamers interested in virtual reality.

Step 2: Link up Virtual Reality Gear with Your Smart Phone

Once you have selected and obtained your virtual reality headset and any other necessary gear (such as charging devices or cords for tethered models,) you will need to link the gear to your mobile device. Most virtual reality gear kits will indicate which mobile devices they are compatible with. For instance, some are compatible with iPhone technology and others are not.

Once your phone has been fitted into the headset, complete the instructions provided through your device. Most will require you to move your head or body in particular directions to calibrate the visuals and make selections for setup.

Many virtual reality gear sets will also offer basic apps (sometimes called “native apps”) to walk you through the basics of using and mastering VR. These may be simple games or basic instructions you will just need to follow. After you’ve completed these basic steps, your mobile device VR system should be ready for enjoying.

Since VR is a relatively new technology, especially for use with mobile devices, there aren’t as many apps available as there are mobile games and other app options. However, the mobile devices apps for VR that do exist are diverse.

Some of the most popular apps for VR on mobile devices include:

These apps and several like them are forging new ways for people to envision using VR to enrich their everyday lives. As the technology improves and becomes more popular, it is reasonable to assume that many more apps and use for VR will be developed. Look for options available through popular distributors like Steam.

As new technologies like virtual reality for mobile devices become popular, they also shape the way the world works. Video games, popular for a few decades now, are even beginning to be considering legitimate competitive sports. Some colleges are forming eSports leagues and offering students video gaming scholarships to compete. Many colleges are also offering degrees for gamers who want to design, test, and invent new technology related to VR.

Given the potential of VR to revolutionize technology for education, news reporting, exploring the world, gaming, and much more, it’s smart to master your VR skills. They may come in handy in the ever-changing future. Just think, 100 years ago no one could have imagined we would enter virtual reality on mobile devices that function as computers, phones, and televisions all at once. 50 years from now, you might be surprised by what comes when you say what will be next? 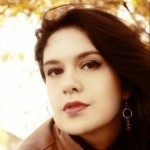