Is Virtual Reality, Really the Next Big Thing? 2016 has really become the catalyst in the Virtual Reality industry. Starting with the release of Oculus Rift, many people became even more engrossed with Virtual Reality. This technology has been around ever since the 1800s. We continue to create ways to stimulate our senses with this technology by using paintings, photographs, and arcade machines. In the ’50s, a cinematographer named Morton Heilig developed the Sensorama. It was an arcade-style device where you can hear, see, smell, and feel the environment. It features speakers, 3D display, fans, vibrating chair, and smell generators to give you a full experience. In 1987, Jaron Lanier’s company further improved virtual reality gears like the Dataglove and EyePhone. As the years progressed, Arcade machines like the Virtual Group made this type of experience more popular, especially to the younger ones. However, it came to a peak when Nintendo released the “Nintendo Virtual Boy” in 1995. Since then, we became very fascinated with this technology along with the release of futuristic movies like The Matrix and Tron.

Now, following this trend, Google, Samsung, and fast food brands like McDonald’s released VR apps and glasses to promote their products. The Gaming Industry also joined in by releasing hardware that is specific for their platforms (PC and PlayStation games to be specific). Even as you open your Facebook account, you’ll see lots of 360-degree video streams, allowing you to have a taste of the VR technology without the use of VR glasses. From gaming, advertising, and business, Virtual Reality technology has indeed come a long way in the 21st century.

Developers and Advertisers are now tying Virtual Reality technology on their products to engage their audiences. It has come a very long way and became more than a technology limited for gaming. Popular gaming consoles like PlayStation and Xbox introduced their Virtual Reality supported games which made their products more popular for the audiences. They introduced VR glasses, Bluetooth remote and consoles to fully emerge the players into their games. Game titles like Batman: Arkham and Robinson: The Journey will take you to another world so realistic you can almost taste it. Another popular game that took advantage of the virtual and augmented reality environment is Pokémon Go. This game helped large and small businesses have opportunities to promote their products. One way they did this was through joining campaigns, being “Pokéstops” where players can get items just by visiting them and having “lures” to help players level up.

Facebook’s Oculus, HTC Vive, and Google products came flying off the shelves because of this VR trend. View-Master, a toy from the popular brand Mattel, has also released an upgraded version of their virtual reality headset. Popular brands like McDonald’s also released a Happy Meal in Sweden where you can actually create a Virtual Reality goggles by using the cardboard box where the toy is packed. This is similar to Google’s release of their own Google cardboard along with their Android application that is available in the Play Store. You can download games that support VR using your Smartphone. However, your Smartphone needs to have a gyroscope to fully experience Virtual Reality technology’s 360-degree feature. Another advertisement that has taken advantage of Virtual Reality technology is from the New York Times where they released an app. Viewers can now immerse themselves in the news all over the world which includes a VR film of children uprooted from war and vigils in Paris. Marriott Hotels also used Virtual Reality technology in marketing. They created a booth-like device to virtually teleport you to a beach in Hawaii or London. Equipped with heaters and wind jets, it gives anyone a feel of the beach or any destination you choose. This is a very good way to advertise their service. After all, is there a better way to give a little taste of these places without making a single step on a plane? These are all impressive campaigns and prove to be effective.

However, as these technologies are launched, side effects also came with it. For example, some people who have tried using Virtual Reality Headsets experienced headaches, motion sickness, and dizziness while using the device. A professor of optometry from the University of California, Marty Banks researched about issues with Virtual Reality and vision. According to him, the case dubbed as “vergence-accommodation conflict” can cause eyestrain for VR Headset users. Since the current-generation VR Equipment has not been fully tested for health issues, we can expect that there may be short and long-term effects, especially if you use Virtual Reality equipment for extended periods of time. Setbacks like these hindered the sales for a while, prompting VR Technology Companies to improve the quality of the hardware and software of their products.

Even with the number of setbacks that VR currently has, it is already developed enough to be used in various industries for all sorts of purposes. Doctors may soon be able to perform surgery even if they are not physically with the patient. Students would be able to immerse themselves in the subjects that have only been taught from books. Training for manual skills would be easier, as using VR Technology would prevent accidents in using tools that may cause harm if handled incorrectly. The Entertainment Industry would be able to produce films, shows, and games that would include the consumer as if they are a part of the story. The possibilities are endless in these industries, given that Virtual Reality Technology is being developed and improved by various companies day-by-day.

Why is Virtual reality trending in these huge industries? Virtual Reality technology immerses the user in the environment that the developers made. Using high technology cameras designed for VR, the creators can bring anyone to any parts of the world without making a single step. From viewing the Northern lights, the Pyramid of Giza, to the Empire State building, you can view any environment in 360-degrees using VR technology! This makes the audience more focused on the message of the advertisements. Because of this, the Virtual Reality experience has more impact and becomes memorable. It puts the audience inside the world that the developers created.

If you’re in the field of marketing, advertisement, or development, this is the best time to take advantage of this technology. It has a promising reputation and with Virtual Reality applications being trendy nowadays, you can never go wrong with investing in this. It is the time where futuristic tales from the past are coming to life. This technology is very revolutionary and impressive. Considering all the improvements we have experienced up to this year, we are only scratching the surface when it comes to this technology. This can be harnessed for space exploration, animation, history and so much more.

So, is Virtual Reality really the next big thing? I guess that is a big YES! Virtual Reality is perceived to be the next big thing in various fields and specialties. It has many uses, ranging from entertainment, education, and practical applications. As VR technology continues to evolve, demands and expectations will continue to grow as well. We shall see how this technology will affect and influence our world in the coming years!

laptop at desk in the creative office 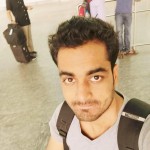