What is the Future for NFC Now Apple Has Taken an Interest? Sometimes Apple leads the way in technology – other times it joins the crush and due to its own popularity cements a technology’s future. This week Apple has done the latter by

Near Field Communication is a system where encrypted data can be passed wirelessly from a mobile phone or other accessory (such as the Apple Watch) to a receiver (such as a payment terminal). For many years this has meant you can use your Android phone for contactless payments. Apple users have had to wait until the iPhone 6 to use this system, and with the launch of Apple Pay, over 2,500 banks globally now permit contactless payment via your iPhone.

Apple Pay uses data that Apple has had for decades on its App Store and iTunes to make purchases outside of the marketplaces it owns and operates. With NFC this should significantly improve the reach of Apple Pay, with the company taking a small cut for every payment made and potentially making millions of dollars for its shareholders.

The Apple Pay system shouldn’t easily be a method for a thief to steal a phone and make lots of purchases, since the encryption system requires the owner’s fingerprint to allow a purchase to be made. You won’t be seeing dodgy individuals with a bag full of iPhones going shopping for $30 items while emptying hapless victims’ bank accounts!

If it is just about making payments, what does it mean to me?

NFC communication is still very much in its infancy, with the system being rolled out globally and with few apparent security vulnerabilities. In the near future, expect retailers to start offering discounts and other incentives to Apple Pay users. For the company using its apps as a marketing tool, such concepts could encourage people to use your app to get a better deal on your products. It is worth approaching an app developer, such as one of the top 10 Apple design award winners that were announced earlier this year, to look at how new developments in Apple Pay and NFC could benefit you from the cutting edge of consumer communication.

Beyond the idea of giving specific discounts to customers, Apple’s presence on the NFC Forum could help shape the technology to come. With the launch of the Apple Watch in the last year, app developers have seen their markets grow, as well as users’ options to do simple transactions increase considerably. Put simply, it will be far easier to swipe your wrist across a contactless payment terminal than pulling out your phone and doing the same. Again, for retailers with an online presence, this will mean that NFC will give more opportunities to realise payments while at their store premises.

Apple has recently launched Apple Pay in the UK. Though a geographically tiny country, the UK is one of the most Internet savvy nations in the world. It has a very high smartphone ownership rate per capita and being among the top six economies in the world, a potentially lucrative market for Apple Pay. Indeed, the company made more of a noise about its liaison with major high street bank Lloyds Bank than its new membership of the NFC Forum!

One of the ways that the UK leads the US is that the country uses a ‘chip and PIN’ system for credit and debit card transactions – the US lags behind in this regard since most such transactions are still made by signature and swiping the card. As such the infrastructure is already in place in many cases for contactless Apple Pay in the UK, where retailers in the US having to play catch up to take advantage of the new system. Though technically a far smaller market in terms of sheer population (the UK has 70 million people to the US 300 million) the infrastructure is in place to the point that Apple is likely to have many more transactions there than at home initially.

IPhone users have been able to pay their way around London’s transport system via contactless payment since June this year, in theory getting the same discounts as those using the Oyster Card (a discount card for people who use the public transport system regularly). It has had teething problems, with some reports that people have been charged twice for their journeys in the early days of the system going live.

One of the limitations in the UK’s contactless payment system has been focused on fraud by limiting payments to £20 (US $30) per transaction. However, with the Apple Pay system making it even more secure with a fingerprint recognition system, one can expect transaction limits to increase – certainly on the Apple system.

iOS 9 will enable the Apple devices to start using store credit and debit cards, meaning companies will be able to use their own captive customer base on the Apple Pay system. This means that with Google and Samsung sure to follow, the smartphone and accessories will begin to dominate as payment methods instead of the current plastic that we carry in our wallets. Alongside the opportunities for personalised discounts and incentives coming in the medium term, certainly in medium to large economies of the world, this could end up ringing the death knell for physical plastic payment methods in the next 10 years.

The time is ripe to start considering developing an app to take advantage of this exciting emerging payment method as NFC could be as influential as the USB memory stick that has saved people from carrying large cases of documents over the years. Will it change the world? No. It will certainly open new opportunities for retailers and in many cases may even kill off the need for a wallet in many large urban environments. 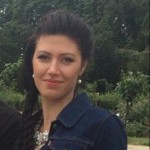