The integration of development and operations can transform internal software development. Leveraging DevOps practices, teams can deploy apps faster while still maintaining high quality and security throughout the process. However, a new methodology like DevOps is only effective when the Development and Operations teams can collaborate seamlessly and instantly.  Clear documentation, communication, and testing are vital to producing clean code. To accomplish this, DevOps teams leverage methodology and technology throughout the process.

There are many tools that help the teams to bridge their gap and work better. Here are some of the best DevOps tools that can help teams to deploy apps faster and with fewer bugs.

Git is among the most famous version control systems that allow you to track changes in your file and coordinate with other team members. Git I used by companies in many industries due to its zero cost and open source nature. You can download the latest version of Git and tailor it to match the requirements of your business. Git performs most of the operation locally and your system doesn’t have to contact the server every time an action is performed.

The centralized cloud storage makes the process of coding mobile as you can access your code from virtually anywhere with a computer and internet access. Git also allows teams to track the progress of development work and save past versions. Finally, with Git the team can create separate branches to test new code or experiment with new features.

If your build doesn’t require XML, Gradle may be a build solution for your team. Gradle allows for your team to code in Java, C++, Python, and other languages… The main advantage of Gradle is that it makes easier for working in teams and can handle multiple projects side by side. This feature set comes especially handy when your business starts to undertake multiple projects at the same time.

Another reason to choose Gradle is its minimalist design. Gradle comes as a barebone package that you can customize to your needs using plugins. Gradle allows for incremental builds which can help speed up compile time.

Another tried and tested tool that delivers, Selenium is an open-source automated testing tool that can test applications on both web browsers as well as platforms like Windows, Mac, and Linux. This tool provides an easy interface for developing automated tests and is free and open-source.

One of the major highlights of Selenium is that it supports a wide variety of programming languages. The level of support it gives for web browser integration is also a feature that makes Selenium stand out from the rest. Features like regrouping and refactoring test cases show the developer-friendly nature of the system.

The automated merging feature of Bamboo makes it one of the easiest tools used for continuous integration. Bamboo is easier to work with and has a user-friendly interface, something that is expected since it does charge the user based on the build agents that they download.

A popular favorite, Docker has been the top container platform since launching in 2013. Docker automates the deployment of apps by allowing teams to work in containers and then porting them individually when they are ready. Additionally, Docker is built with more functionalities in mind than just the deployment of apps, as it can also aid developers in running and creating applications using containers. Docker is built specifically for DevOps use cases as it can be used by both developers and system administrators.

The Docker containers, which are virtual computers, can be used by you and your co-developers at the same time, and the system delivers the same results for you to work on. Docker is simple to use and supports a wide variety of deployment options, making it an easy recommendation.

Sourcing, running and managing all these tools is one of the challenges faced by modern software teams. While dev teams use to have deployments only periodically, companies now may be updating code every day or even every hour.  Hence, a comprehensive solution like the JFrog Artifactory integration with Docker Registries makes more sense as it provides all the necessary tools required for each software development phase, right from coding to the deployment. In essence, JFrog Artifactory is crucial in making your team more effective by reducing build times and tracking binary debug databases.

Since JFrog supports software created in any language, it is easy for developers of all verticals to use the platform and start building. Additionally, JFrog integrates with many of the tools to create a streamlined experience.

While every team’s needs are different, having the right tools in place can lead to better, and faster development. Managers should balance free tools with paid tools that are often are faster to set up and more comprehensive. The right DevOps stack will ensure that your team has the best tools to work with at each developmental phase and ensure they can work quickly and independently while keeping everyone in the loop.

One of the principles of DevOps is continual improvements, so you may need to test and experiment with tools before finding the right setup for your team. These tools are a great starting point for any development team looking to leverage the DevOps methodology during their next build. 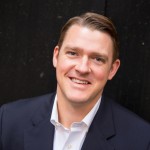