CRM #Fail – What Goes Wrong And What To Do You no doubt know the statistics, they’re freely available, and widely shared – 50 to 80 percent of CRM implementations FAIL. Not just statistics plucked from the air, but those put forward by

This example dates back to 1999, but it is of absolute relevance to today. GM’s commercial mortgage branch had become a leader in business real-estate loans, but needed a CRM implementation to increase automation, boost efficiency, and boost intelligence for call-centre staff.

Where the implementation failed was at a very early stage. Indeed, the consultants implementing the system failed to define WHO the users were – a basic error that resulted in errors further down the line throughout the implementation.

By introducing an automated voice response system, they hoped to increase efficiency, but the system was never mapped to GM’s internal structure, resulting in drop-out, customer attrition and ultimately, a fall in revenues. Indeed, 99% of customers simply hit “0” to talk to an operator. Not only did they fail to understand WHO would use the CRM system, they failed to understand their customers. Nobody wanted to go through an automated system for commercial mortgages. Credit cards, perhaps. But this… not at all.

The lesson learnt here was that CRM success depends very much on understanding who is using the CRM system, mapping it to those people, and ensuring that it actually benefits customers, too. This early design methodology seeps into later implementation stages – it is crucial that implementation be built around people, not processes!

This is a problem that I have seen several times over, but most notably in one major telecommunications business with a sales presence in over 50 countries around the world. A blanket approach to CRM was attempted, with a single implementation across every territory.

The result? None of the sales people around the world used the global CRM, and pockets of sales people were buying up their own CRMs on company credit cards, and using isolated little environments of small business CRM systems. Some clubbed together, some worked in isolation, and there were at least ten CRM systems all working independently. The global CRM stood idle.

What went wrong here? Well, everything, but principally, there was a lack of communication from the top, followed by a lack of training in order to enforce the global CRM. Equally, there was a lack of understanding about the CRM’s target audience – the sales teams. Different cultures around the world, with different requirements required a more flexible approach than a blanket enforcement of one CRM solution.

The result was greater fragmentation, and greater inefficiency.

The Healthcare division at Cigna Corporation faced a number of problems at the start of the century, having spent $1bn on implementing CRM and IT systems. The result of the problems they experienced was that membership fell by nearly 1 million due to poor customer service, and the company made a loss of $398m.

What went wrong? Principally, it was down to misconceptions: misconceptions about scope, scale and cost. The business tried to rush through the CRM implementation without fully acknowledging the scale of the problem they already faced. IT systems were already two decades old, with several isolated units holding isolated units of data.

Naturally, the CRM implementation attempted to bring that data together in order to handle customer transactions, processing and billing in one central location. The problem was that professional business solutions providers were not consulted, and the project was rushed through. Migration and implementation problems resulted in customer dissatisfaction, and negative brand exposure.

Lessons to be Learned

CRM implementation fails not because the CRM isn’t up to scratch – it fails because goals, users and customer groups are not clearly defined. It fails because organisations rush to implement without considering business-wide impact, and it fails because users fail to engage with the product – often as a result of the previous reasons.

This infographic from Preact lists 11 ways to ensure CRM is planned correctly in order to avoid CRM implementation failure, and establish long-term value, but in short the message is simple: plan, define & communicate. Failure to do so results in CRM #fail. 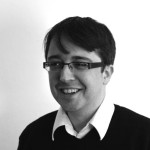