If there is one thing that you need to know through this year is, even after publishing your app in the application store, the success is not really guaranteed. Of course, most developers have the tendency to claim a lot in terms of a success formula. However, the reality is, there is no such formula promising guaranteed success. In fact, the app ecosystem is only getting competitive than ever.

If you closely analyze, you will realize that majority apps are simply getting lost in the crowd, and not generating even a decent enough income. So, what could be really done to increase the possibilities of success likelihood? Just keep a few things in mind before actually publishing the app, and you can have your app land safely, establishing a distinctive identity of its own.

#1. Do a thorough research regarding the industry and existing competitors

Conducted a detailed study on the industry you are associated with? Aware of the businesses involved, who are already making their mark? Knowing anything about the target market, and audience size?

Doing a business intelligence research is critical to understand what you are getting yourself into. Having all this information beforehand will help you minimize your efforts and risks to a great extent, and in turn plan for the future to win customer satisfaction. Know how to use these insights effectively so that when your app launches, you are all prepared.

#2. Adapt a right approach when deciding the pricing strategy for your app

Want to give out your app for free, or want to have a fixed download price? How about a freemium model, wherein providing basic features for free, and offering in-app purchases for a priced subscription?

#3. Develop right marketing material in terms of visuals and screenshots

Graphics attract people the most. People relate to visuals more effectively than plain text. Promote the same to social media by sending emails to different sections of users and groups.

Even after your app gets launched in the application store, it is difficult to bring it up higher in terms of rankings. Better check upon the app title, description, and keywords used in the form of tags. Additionally, you need to also focus on the number of downloads, and the number of positive or negative ratings as well as reviews garnered by your app.

#5. Get true testimonials on board early on from authorized sources

There is no such thing as blind trust. People stick to an app till the time its delivers value. Once the process stops, so do the users from opening the app. Hence, take full advantage of the opportunity by introducing the testimonials from satisfied users. This will motivate users to stick to the app, even if they had bad experience with the app, a couple of times.

#6. Follow a right strategy to create media awareness about your app

This is a phase where most organizations falter, since they do not know how to go about. Driving app awareness among users through preliminary hype is the key to success. For this you need to identify the associated value, make your app stand out from others, and then convey the same to reputed bloggers, journalists, and writers, who already have an established audience.

#7. Have a credible web presence to show what you are

Want people to find more about your app with ease. Let your website promote your app effectively. People, who know your website very well, will not just be able to locate your app with ease, but also share it forward to their social groups as well. To leverage your website effectively for linking with your app, you need to capture visitor emails, clearly communicate the app value, make it easy for them to navigate around, and provide an all round customer support. Also, consider setting social accounts, and providing links for the same within your website. These social channels serve effective sources for capturing customers.

#8. Let users spread the word by them rather than you forcing visitors to speak

Apps do not go viral because of algorithms or paid traffic. Apps go viral just because it does not allow users to talk less. In fact, users talk about them all the time. It is very important to have a strong social network in terms of close ones, as well as professional relationships, who can give a frank opinion on your app. Let users test your app much before the actual release, and provide their genuine opinion.

Build a campaign, and launch it to alpha as well as beta users. They are the ones who will test your app on all fronts, and delivering their perspective about your app. When these opinions are shares, they go viral, and so churn the cycle of automatic sharing. You can also outreach them manually by getting proactive on social media, and talking about it all the time. Be on Facebook, Twitter, Linkedin, G+, Instagram, Pinterest, Tumblr, Stumble Upon, and more top social sites to get across your social ball rolling.

Most people aimlessly launch their app, not realizing what traction they are going to get. It is very important to create the buzz about your app, much before the actual launch. People only like or love those apps, which they are potentially made aware of. If you are not able to generate pre-launch traction, you will have your app actually lost amidst, several other apps, when it actually makes a debut on application store.

No matter what kind of app you are aiming for. Whether you are about to create an app for iOS, Android, or Windows, ensure that you do have pre-launch promotions letting people talk about your app. Additionally, ensure that your app fulfills the kind of value talked about in advanced promotional campaigns, not disappointing the users, helping your app gain word of mouth momentum.

Image: Adelaide, Australia – September 23, 2013: Clicking the App Store icon on an ipad running iOS. iOS is the foundation of iPhone, iPad, and iPod touch. It comes with a collection of apps and useful 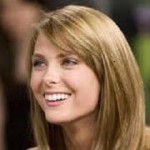