7 Reasons Why Android Is Still Better Than iOS7 Android and iOS, these are the two most competitive OS in the market of mobile applications. In such a healthy competition, no one can say that which one is better than other. In fact, I asked many people about their experience using iOS and Android but the supporters of both are almost equal. But I found in some cases that people prefer Android on iOS due to some genuine reasons.

iPhone released the iOS7 which is the latest version of OS. There is no doubt that the latest iOS7 is better from every aspect than other Apple OS but still it couldn’t defeat Android and people still love the OS of Google. Application developers for Android and iOS are also giving their vote to Android. Do you know why? Some features of Android are still better than iOS which I discuss below.

In the Android, users have an advantage that they can replace the default keyboard from any type of third party keyboards available. This is not available in the iOS and still people are not happy about their typing experience in iOS7.

When you attach your Android phone to your PC to transfer something then it gives a file system option in which there is flexibility for you to search any file(s) on your PC. On the other hand, iOS has no feature that can give you a similar type of access to your files.

#5. Import Photos from your Contacts

If you have an Android phone then it can automatically import your photos from your contact list. It also gives you the option to set these photos yourself. Due to this useful feature, it is very easy to view your contacts’ images rather than to view on iOS7.

Come to the tablets. If you have an Android tablet then you can share it with any family member as well as co-workers because Android gives you a great option to create multiple accounts on one device, which just some limitations. But if you have an iPad then there is no similar type of option in it.

Download your favorite music and images from anywhere you want via your Android phone. It doesn’t care where the sources are from which you download any multimedia. But when we come to the iPhone then iTunes and iPhoto – both are required to access and download music as well as photos.

So, on the basis of these 7 features, I can say that Android is better and capturing the market more than iOS because users always prefer the ease and flexibility which they find in Android. I’m not saying that iOS has no value. It definitely has a big market in the world, but still, people love Android.  Which do you prefer? 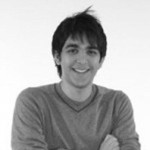