Companies, no matter how big or small, still face a rising threat that seems to take over all industries and all business segments. I’m talking about cyber attacks and data security breaches. Everyone is vulnerable, and everyone should look into investing more in data security in the immediate future. According to the

Today we will look at seven industries that need to step up their game and deal with external and internal data security. Furthermore, research shows that, while small businesses heavily underestimate the gravity of cyber crime, they are also preferred by hackers. That’s because their security lacks the strength large corporations have in place.

According to Healthcare IT News, the healthcare segment occupied the top 3 spots out of the 7 largest breaches which occurred last year. This makes it one of the most vulnerable businesses to cyber attacks. A business which is active in the healthcare market needs to keep an eye on its security protocols. This is why many companies are packed with sensitive information including patients’ records and other important operational and financial information related to the company.

In 2016, Hollywood Presbyterian Medical Center had to pay $17,000 to hackers who used a ransomware hacking technique.

An overall analysis of last year’s healthcare security breaches shows that the Excellus BlueCross BlueShield breach was the third-largest healthcare hacks of 2015. Criminals exposed personal data from more than 10 million members. Healthcare companies manage patient and non-patient data every second of every day. Hackers can’t wait to get their hands on them for theft, identity manipulation or selling to third party shady companies for spamming purposes – and these are just the tip of the iceberg.

Manufacturers became attractive to hackers as of late because they feature a set of characteristics which makes them vulnerable to cyber crime. According to a 2015 report issued by Verizon, 4 our of 5 security incidents in the manufacturing sector involved denial of service (DoS) attacks, cyber-espionage, and hacking.

A DoS attack on a manufacturing company has immediate negative effects on the company’s business daily operations, productivity, reputation, its relationship with customers and stakeholders and so on.

Manufacturers are targeted for several reasons:

Manufacturing companies made it second in the top of companies needing to take immediate security measures.

This segment has been the favorite of cybercriminals for many years – the problem is they won’t stop any time soon. In 2015, the financial services sector has fared better in terms of security breaches, but this is because most large banks and financial institutions have invested billions in data security.

While banks and large companies in the industry seem to manage these threats well, small and medium companies which are active in finance, trading, brokering and so on also need to step up their game. Someone breaching into a beginner’s Forex account or getting his hands on an investment portfolio instantly gains unfathomable power and endless opportunities to harm people and companies. How much money are you willing to leave on the table?

In 2015, the Federal Office of Personnel Management cyber attack led to the exposure of 19.7 million individuals applying for security clearances, 3.6 million current and former government employees personal data and 1.8 million relatives and other government personnel associates’ personal data. Governmental agencies alone or the ones outsourcing their IT data to other companies, the companies providing products or services to governmental agencies and both public and private sector organizations working together are a true Haven for cyber criminals.

Over 700 million personal data records were compromised globally last year. This data can get passed to other cybercrime organizations having the time of their lives stealing people’s money and identity.

According to a 2015 report, the transportation sector has become increasingly vulnerable to cyber crime, especially since the technological rise involves cyber-based control, navigation, tracking, positioning and communications systems present on all modern transportation systems, from airplanes to cars. The systems used in the manufacturing and the use of transportation means have to manage big data every day.

This large volume of data can be hacked into and then sold to criminals for financial gain. The most frequent practices cyber criminals engage in when it comes to transportation companies, manufacturers and their linked partners are extortion, ransomware, DoS attacks, sabotage and potential terrorist attacks.

Let me give you a few examples. Someone hacked into China’s national train reservation system to gain access to hundreds of million of customers’ personal data records. In 2015, Poland’s national airline was attacked, while in the same year, the demonstrative attacks against a Jeep Cherokee gave everyone chills down their spine. When it comes to transportation, whether a company manufactures GPS devices or just navigational apps it is vulnerable to attacks that can bring down not only the company but a country altogether.

#6. The Internet of Things

This business segment is on the rise – and so are its dedicated hackers. We have secured homes connected to security apps and smart devices connected to our smartphones. IoT platforms are doing everything possible to keep their levels of security high. Nevertheless, as the University of Michigan proved last year, not even the most complex IoT-secured home is invulnerable.

Hackers and perpetrators are getting better and better at this. If someone can hack into your smart home, imagine what he can do with your integrated devices. The engineers at UM used a “lock-pick malware app“. This revealed the fact that IoT apps are vulnerable, not only to external criminals but also to rogue app developers.

Hackers don’t necessarily need to break into Facebook. That’s because people leave their emails and phone numbers out in the open anyway. This is by far the worst thing an individual can do in terms of personal security. There are plenty of players in this field managing social platforms and online businesses prone to be hacked into. Remember the Ashley Madison attack in 2015? Then you will also remember that hackers gained access to 37 million users’ worth of personal data, together with the company’s financial records and proprietary information.

In November last year a group of hackers targeted Vtech. A third party accessed the Learning Lodge app store and Kid Connect servers. They got their hands on over 6 million children & 5 million parent accounts and personal records. Running an app developing company is usually a successful venture. Nevertheless, every single person involved in the creation, selling & integration of the app with social networks and smart devices needs to be fully aware that security is their main concern.

These are just a few of the more vulnerable business sectors that appeal to cyber criminals. E-commerce companies are true beacons of endless opportunities for hackers, together with NGO’s and IT companies. The truth is nobody is completely safe. But everyone should make intensive efforts to secure their companies in the face of cyber crime. 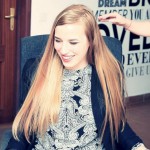