Despite the emergence of so many players in the space of mobile operating systems, smartphones and the availability of cheaper alternatives, iOS and iPhone maintain their leading position. And that too is in the world’s most dynamic market where consumers are well-informed and connected. Though, in terms of number of users, iOS stands second place in the US after Android, iPhone holds the top rank in terms of top-selling individual phone.

Finance and economy is one of the key areas that defines the health of any business. Apple has a better hold on the US economy as compared to its counterpart, Android. As of now, Apple partners with 1809 banks and financial institutions in the US, while Android has just 39 banks in its network.

What does it mean? Apple consumers have more options to make payments using credit or debit cards. Thus, iOS shopping apps lead to better engagement and conversion and fetch better ROI to their owners than their respective Android variants.

Android is making attempts to improve its prospects by roping in more banks. Pali Bhat, Global Head of Payment Products at Google, has disclosed that Android Pay is now available to consumers of Bank of America and USAA. However, it has a long way to go before it could raise a challenge for iOS.

Both Android Nougat and iOS 10 were released almost around the same time, i.e., in the month of August and September respectively last year. However, Apple has left behind Android in terms of updates and enhancements. Apple consumers have savoured iOS 10.3, whereas their Android counterparts are still on Android 7.1.1.

There is an interesting fact to learn from the kind of evolution that is underway. Both mobile operating systems are stealing some features from each other. With Android 7.1, Android users can use what was once known to iOS users only:

Likewise, with iOS 10.3, Apple users can enjoy features that were known to Android users. Here is the list:

App Store, that houses around 2.2 million apps, contributes significantly to the revenue of Apple. In 2016, its earnings crossed $28 billion mark and that of its developers $20 billion. Underscoring the significance of App Store, Apple keeps on updating its software development kits to empower developers.

Wondering how? Suppose, you own a restaurant business, it would make sense to connect with consumers interested in your cuisine. Doesn’t it? With this development, it would be easier for you to connect your app with Maps. Now, Maps will proactively guide the users whenever they happen to be in your location or are looking forward to find a place on Maps in your area. Thus, the proactive suggestion is a good way to improve your customer acquisition endeavour.

Code reusability, low time-to-market, easy maintenance and update is the greatest boon of going with cross-platform app development. It’s almost a miracle that one build of an app can be tailored to multiple platforms. So at the cost of one iOS app, you get variants suitable for users running Android, Windows Phone, Playstation, Xbox, Wii and Linux operating systems.

Most of the paid apps targeting iOS with prices on or above $2.99, are available to Android users for no charge. Wondering why? Well, the credit goes to the piracy culture that Google has failed in addressing so far. This is a deterrent to mobile app developers as it severely undermines their earnings. Hence, they prefer iOS as Apple is more committed to shielding the interests of its developers.

Compensating the earnings with in-app ads, some developers have found the remedy to challenge the piracy issues efficiently. However, their earnings are not at par with their iOS counterparts. This difference reflects well in the corresponding earnings made by Google Play and iOS App Store. According to App Annie, Google Play accounts for twice the number of downloads that App Store records. However, in terms of revenue, the latter ($5.4 billion, Q4 2016) gives the former ($3.3 billion, Q4 2016) a run for its money.

Apple’s iOS owns only 12% of the mobile operating system market share but it tops the list of smartphone shipments in the premium smartphone category ($600 and above), and this market is led by the US. The brand covers 50% of the said segment whereas its arch rival, Samsung, manages just half of that.

The inclination of buyers towards iPhone is not without reason. They love iPhone features (Retina HD Display, 3D Touch, 4K Video Recording, Wi-Fi Calling, etc.), tech specs, designs and above all the premium support, AppleCare. The evolutionary journey towards perfection knows no bounds.

The upcoming model, i.e., iPhone 8, is likely to take innovation to a new height. If rumors have their way, it will have a curved AMOLED display with 5.8-inch screen. It’s likely to do away with the home button and bezel and bring a plethora of upgrades towards its hardware specifications.

Not only does Apple stay miles ahead of the competition in terms of innovation but also makes sure that iPhone consumers are able to experience that without shelling out the price of the new device. Taking advantage of the iPhone Upgrade Program, consumers can opt for the new device in lieu of the older ones they own and pay the differential amount in 24-months. 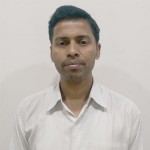