6 Areas An App-based Startup Should Invest In

So, you have a brilliant idea for an app-based startup and you can’t wait to get to work, but it all gets overwhelming when you get to it. Suddenly, there are funding issues, technical considerations and other requirements floating around in your head. What to do? What to invest in first?

But before moving on, here is some food for thought;

Sound methodologies for custom development dictate that quality assurance be a constant parallel through the lifecycle of a project. The interweaving of testing from requirements to deployment strengthens the core of the development process and results in superior delivery. Easier said than done in the world of delivery deadlines and shifting requirements. Says Adarsh Karia, MP Accelq.

Here’s a checklist for the most important areas your app-based startup should invest in to launch a great product in the market.

Content is by far the most important investment you are going to make in the app. After all, it’s the content of the app that defines the kind of response you will receive from users.

People can download an app and never use it or they can download the app and love it so much that it becomes their favorite. In both cases, the situation rests mostly in the hands of the app company.

Take the example of Ludo Star. It is an app-based version of the board game Ludo, which is played using dices and colors. According to TechJuice:

Since its launch just a few months ago, Ludo Star already has 5 million downloads on Google Play and is raking in 28,000 downloads per day. It has undeniably become a phenomenon.

The reason for the app’s immense popularity is its content. Once you give the audience something to relate to, they are going to use your product like crazy. Design and development is also a strong factor, but content must be extremely attractive to seal the deal. Hire content writers who can think out of the box and create something which goes down well in history. Don’t just rely on your design to entice the audience. Make sure that both your design and content teams are on the same page when finalizing the app interface.

Data outputs are a key concern for app-based startups. You must define and decide data outputs to handle traffic and storage while being sharp on backups. If the database structure is haywire since the beginning, you will have to pay big money to repair the damage in the future.

Whether it is provided by a third party or owned by you, sort out the technical aspects before they come back to haunt you. If you are getting the app developed by a company, put it in the brief so they don’t have any confusion either.

Many companies overlook this part when getting the app made by a service provider or even when developing it themselves. Hosting is a crucial piece of the puzzle. You need to define whether

If that is the case, hosting is required for your app. Hosting needs to be there for the database or for the API built for the app. If you have your own hosting and you are going to manage data yourself, you should specify that in your brief while working with an agency. The framework, rules of governance and data should be specified in that case.

The most important thing is to respond to feedback. Once you start listening to what the consumer has to say, you are going to be on the right path. Customer-centric models of a service are generally more successful.

In addition to that, the mobile app is going to need technical support as well. If you are getting the app made by an agency, the agency will provide this kind of support. For this reason, both parties need to agree on a system of interaction beforehand.

The most important aspects of support items include bug fixes, hosting and updating software regularly.  Both parties also need to agree on the sole platform the app is going to support, which depends on several factors mentioned in the next point.

It is a simple fact – the more channels you focus on, the more users you will get. However, as an app-based startup, you can invest in one platform at first. This depends on the type of app you are going to develop. If you have an app which is more consumer-facing, you go to the Appstore first. iOS will connect you with the perfect demographics that match the interests of your niche.

If your app is competing with another app, just go to the Google Play Store. Most of the developers prefer to create an Android app because it suits them in the launching process. Furthermore, it is relatively easier to launch an app on Google Play, compared to the AppStore as there aren’t as many restrictions in the former.  On the other hand, iOS apps are faster to build, compared to Android apps. Invest sensibly in your app platform, because it makes all the difference to your bottom line.

You would obviously want to introduce the app to people so they can try it out before the launch phase, but it will be cooler if you can invest in an app promotional video as well.

There is no better way to show off your app than a video. It can carry a trailer, little demo or an interactive peek into the interface of your app. If you have creative ideas, you can even make one yourself or hire an expert to make one for your brand.

Make sure that the length of the video is less than a minute and it auto-plays wherever posted. It should be very concise and shed light on the most striking features of your app.

You should also see if you need an automation testing software for your specific app type. So, there you have it: here are the six factors you must invest in, if you are an app-based startup. Don’t leave things to chance. Once this checklist is ticked off, you can comfortably enter the development phase and move on to the testing phase and then the launch. If you want to add something to this checklist, leave it in the comments below. 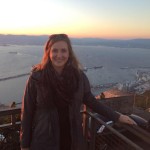 Is Tech Confusing for You? 3 Hacks for Easier Adoption

Boost Your Productivity With These 5 Extensions for Google Chrome