Uber is the single largest venture-capital backed company in the world, with a

#1. Invest In Cutting-Edge Tech – Even If the Benefits are Far Off

This serves to show that, often, maximum growth and cutting-edge industrial technology can cost you in the short term, but will bring great profits and success in the long-term.

Uber has shown time and time again that they’re willing to take short-term losses in order to gain a better global position. Having expanded to over 400 cities in 66 different countries, Uber is only operating at a profit in the USA and some of North America and sacrificing short-term profits in order to maximize their worldwide market share among stiff competition.

By doing so, Uber may not be making much money, but is putting their international operation in a great place to have a huge impact and a large portion of the market share, and slowly ramp up prices and maximize efficiency to gain great profits and success once their initial investments are complete.

This goes to show that losses don’t tell the whole story – while Uber may be operating at a loss, it’s in a great global position, and is a source of inspiration for many businessmen who are investing in the future – not looking at the past.

#3. Have Faith In Your Strategy – Even When Others Don’t

Uber’s strategy of making upmarket losses with investor cash to continue business has turned some heads and drawn sharp criticism from some financial analysts. However, CEO Travis Kalanick stands behind their business model and the long-term plan of Uber to become an industry leader by using cutting-edge self-driving technology to make rides cheaper, and service more efficient.

In other words, the opinions of other people don’t always matter. Public opinion can be a useful metric of success, but when you’re investing in a long-term plan with a larger strategic vision, people may negatively react to short-term consequences. We’re not saying to ignore them, but that they don’t have the same understanding that a leader in an industry or a company has about long-term goals, and that should be taken into account.

#4. You Need a Short Term Plan and a Long Term Plan – and Both Need to Work Together

Uber doesn’t just have a long-term plan of self-driving car market dominance – Uber is also working very hard to maintain a great market share in the US and other countries by offering speedier, faster experiences at a lower price. Their short term plan is not to dominate by using self-driving cars, but to offer cheaper rides than every other competitor by investing cash into undercutting the competition, and driving them to a smaller market share.

This short term plan ensures the greater success of Uber’s long-term plan – these companies will be in an even worse place to compete when Uber rolls out fleets of corporate-owned self-driving cars, and by having a short-term plan and a long-term plan that augment each other naturally, Uber sets itself up for long-term success.

Too often, companies go public before they’re ready. Analysts have predicted that Uber will go public in 2015, in 2016, and now they’re again predicting that, after hitting a $68b market valuation, Uber will go public in 2017 with a huge IPO. However, we’re not counting our chickens before they hatch – one of the main reasons that Uber hasn’t taken an IPO is that it continues to raise funding from private investors, and as long as they remain private, they are not beholden to any vision but their own.

Their short-term loss, long-term profit model would not work as well if they were a publicly-traded company – investor interest and confidence would fall, as would the price of stock and the value of the company – so it seems that Uber is more than willing to wait out offering an IPO until they either need the money, or feel confident that their long-term strategy will be successful enough to maintain good stock prices.

Whatever reason Uber hasn’t gone public, it’s another useful lesson in patience. If the time is not right for a big decision such as an IPO, despite how profitable it might be for individuals, it’s often best to continue in your chosen course of action and business model, despite analysts or industry leaders saying otherwise.

Whatever your opinion of Uber may be, it’s certainly a very successful company that’ setting itself up as a titanic force to be reckoned with in the ridesharing and taxi industry and even in the public transportation industry in general. All of these business lessons from Uber can be easily applied to your own business and life, regardless of the sort of company you’re running, and show that there’s certainly a reason that Uber is the highest-valued investor capital backed company in the world. 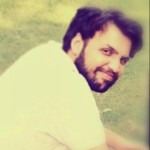 How To Hire Developers for Remote Work?