The ecommerce market has taken the world by storm right now because of the range of convenience and benefits that came with it.

Well, that was more than expected to be honest. You can just get anything right at your doorstep via the click of a single button; thanks to the ecommerce that has made it possible for this to become a part of our reality.

Now, one of the best things about the ecommerce world is that the trends are constantly changing for the good. Yes, 2016 was a great year but I think 2017 will be greater in comparison to it because of the ever changing and the ever-upgrading nature of the industry.

Right, now let’s take a peek at some of the game-changing ecommerce trends that can actually come in 2017 and are perfectly capable to give the ecommerce industry the push in the right direction.

It’s not that they don’t provide a personalized service now. They do. But I expect it more in 2017 especially from major ecommerce giants like Amazon, Barnes & Noble, eBay and so on. And I think more and more companies who have a separate ecommerce chain will also follow in their footsteps.

More personalized messages, ecards, gift cards, discount cards etc. are expected to crop up as well on basis of customer loyalty. Things like that can make the shopping experience all the more pleasurable indeed. We’ll just have to wait and watch. The possibilities can very well turn into a reality in no time.

Here’s how Robert Downey Jr. portrayed it in the movie in his cool indifferent way.

Okay then; so what do you take away from that statement?

Data’s the thing you need to frame a solid foundation. Like Holmes rightly meant on the crime scene (depicted in the video above) that he needs DATA to find the murderer, just like one needs clay to make the bricks up — as simple as that.

The predictive analytics technology is slowly gaining ground with time. AI is also getting smarter over time. Companies nowadays are able to analyze and gather more insight into their customers from customer interactions and profiles.

Based on such information, business owners will be able to frame the perfect customer-oriented business strategy for their customers which can result in more personalization and can bring in more revenue over time.

#3. The rise of the chatbots

The chatbot trend has taken the world by storm right now. With the various types of advancements occurring in the field of artificial intelligence, the bots have just improved over time.

Chatbots have played a big role in automation of customer service. It has made it possible for small businesses to have a 24×7 online presence even within their limited resources. They are also more than capable of tracking user data which means they can function well as an alternative form of analytics.

Chatbots are faster and cheaper; and with time, they will just get smarter. So adopting chatbot technology is advisable especially if you are into ecommerce. You’ll definitely see the benefits in the long run.

#4. The rise of augmented reality and virtual reality

Augmented reality and virtual reality were considered a part of fiction even a few years back. Their presence in science fiction movies was greatly exaggerated indeed but of course, that was always expected. After all, it’s just a movie. And hence, the avant-garde things done by Neo in Matrix were definitely justified from the point of view of the audience.

Okay, but that was just a movie, just a fictitious world. Not anymore! AR and VR have lately become a big part of the real world. They are used extravagantly in advertising and in real estate listings to great effect.

Some of the best examples of AR and VR in advertising are:

The use of VR in test drive: Used by Volvo

The use of augmented reality in advertising

#5. The use of technology to detect customer life time value

You would definitely love to recognize your most loyal customers; wouldn’t you?

Well you should (if you would like to provide your customers with a carefully-planned personalized service). If you had been in a brick and mortar business, you could have pinpointed your loyal customers in a jiffy through the simple aid of conversations, interactions and their monthly business dealings with you.

But how would you do the same thing in ecommerce? Analytics can help you out to a certain extent but it’s just a temporary solution. You need a more robust solution where you would be able to get your solution in seconds, rather than hours or days. This is exactly where the formula of CLTV comes in.

CLTV is deemed to be the acronym of customer life time value. CLTV is calculated on basis of the net profit of a business associated with the future relationship of a customer in general.

CLTV is nothing but a prediction; a calculated prediction based on which effective personalized services are provided by these ecommerce firms to customers in general. The calculation of CLTV is based entirely on the usage of complex predictive analytics.

Okay, now let’s take a peek at the formula from the point of view of simple commerce. It goes something like:

A higher CLTV signifies a valued and a loyal customer which should be pretty obvious indeed. With the inculcation of more advanced technology like chatbots in ecommerce, the CLTV value has become much easier to calculate. 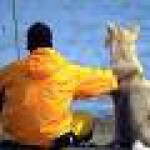