3D printing is still a process that quite a lot of people know nothing about, or know very little about. For the uninitiated, it is essentially a prototyping process whereby a real object is created from a purely 3D design. The digital 3D-model is saved in STL format and then sent to a 3D printer. Then, the printer will print the design, layer by layer, and form a real object – these objects can be of almost any shape or geometry. It’s actually quite impressive.

There are quite a few pieces of technology that are fully capable to produce 3D prints. The thing is, the main differences are found in how layers are built to create these parts. But before we head down that long, techno-babble filled discussion, I should start with some of the key things that can be widely changed with the technology of 3D printing.

Richart Ruddie, who is one of the founders of the 3D printing company, ProtosEyewear.com says, “3D printing is changing the world but has yet to hit the tipping point despite the fact that you hear about it on Techcrunch and every major news station. One day we will be consuming 3D printed products on a daily basis without thought but that tipping point is still a few hush puppies away.”

Cornell Creative Machines Lab announced back in 2012 that it was very possible to produce customized food with 3D Hydrocolloid Printing. Additive manufacturing of food is currently being developed by squeezing out food, layer by layer, into three-dimensional objects. A large assortment of foods would work very well for something like this, such as chocolate and candy, and even flat foods such as crackers, pizza, and pasta.

In early 2014, the Swedish supercar manufacturer, Koenigsegg, announced the One:1, which is a supercar that utilizes many components that were created by 3D printed. In the limited run of vehicles Koenigsegg produces, the One:1 has side-mirror internals, air ducts, titanium exhaust components, and even complete turbocharger assemblies that have been 3D printed as part of the manufacturing process.

Local Motors was working with Oak Ridge National Laboratory and Cincinnati Incorporated to construct large-scale additive manufacturing processes that would be suitable for printing an entire car body.

Urbee is the name of the first car in the world created by using the technology 3D printing (his bodywork and his car windows were “printed”). Created back in 2010 through the partnership between the US engineering group Kor Ecologic and the company Stratasys, it’s a hybrid vehicle that possesses a very futuristic look.

In 2005, academic journals had begun to discuss the possible artistic applications of 3D printing technology. By 2007 the mass media followed that up with an article in the Wall Street Journal and Time Magazine, listing a 3D printed design among their 100 most influential designs of that year. During the 2011 London Design Festival, an installation, curated by Murray Moss and focused on 3D Printing, was held in the Victoria and Albert Museum (the V&A). The installation was called Industrial Revolution 2.0: How the Material World will Newly Materialize.

Some of the recent developments in 3D printing were revealed at the 3DPrintshow in London, which took place in November 2013 and 2014. The art section had in exposition artworks made with 3D printed plastic and metal. Several artists such as Joshua Harker, Davide Prete, Sophie Kahn, Helena Lukasova, Foteini Setaki showed how 3D printing can modify aesthetic and art processes. One part of the show focused on ways in which 3D printing can advance the medical field.

The underlying theme of these advances was that these printers can be used to create parts that are printed with specifications to meet each individual. The process is much more safe and more efficient because of this. One of these advances is the use of 3D printers to produce casts that are created to mimic the bones that they are supporting. These custom-fitted casts are open, which allow the wearer to scratch any itches and also wash the damaged area. Being open also allows for open ventilation. One of the best features is that they can be recycled to create more casts.

3D printing has been used to print patient-specific implant and device for medical use. Successful operations include a titanium pelvis implanted into a British patient, titanium lower jaw transplanted to a Dutch patient, and a plastic tracheal splint for an American infant. The hearing aid and dental industries are expected to be the biggest area of future development using the custom 3D printing technology. In March 2014, surgeons in Swansea used 3D printed parts to rebuild the face of a motorcyclist who had been seriously injured in a road accident. Research is also being conducted on methods to bio-print replacements for lost tissue due to arthritis and cancer.

In October 24, 2014, a 5-year-old girl born without fully formed fingers on her left hand became the first child in the United Kingdom to have a prosthetic hand created solely with 3D printing technology.

Printed prosthetics have been used in the rehabilitation of crippled animals. In 2013, a 3D printed foot let a crippled duckling walk again. In 2014 a chihuahua born without front legs was fitted with a harness and wheels created with a 3D printer.

More than anything, logistics are the biggest hurdle for retailers like Amazon. Managing stock, maintaining warehouses, and shipping orders is a constant juggling act. What if you could cut out all of the hassles, make an item on demand, and deliver it directly to the consumer? A recent patent application from Amazon has that future in mind, but is this doable? Can 3D printing replace the old warehouse model?

Recently, a patent application surfaced showing how Amazon could implement 3D-printing on demand. Roughly, the idea is this: a consumer orders an item on Amazon, the printing instructions are sent to the closest 3D-printing device, and then shipped out to the consumer when it’s complete. Most interestingly, the 3D printer itself could be “in a warehouse or on a truck.” If Amazon moves forward with these plans, your widgets could theoretically be produced in the same truck that delivers it to your home.

It is predicted by some additive manufacturing advocates that this technological development will change the nature of commerce because end users will be able to do much of their own manufacturing rather than engaging in trade to buy products from other people and corporations. 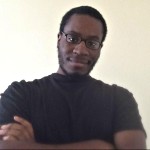 The New Age of 3D Customization with Full Color Sandstone