Social Media Is A Must When Selling A Business

The use of social media for business has increasingly become an important marketing and advertising tool. It is effective for small businesses as well as medium sized and large corporations. Social media is not just a communication tool but it is also one of the main features of online activity. This means that most people will use social media while on the internet.

As a result, social media shapes the way people think, live and research people or businesses, hence the reason it is crucial to incorporate social media into your marketing campaign when selling a business. This influence is seemingly having more of an impact than other traditional forums of opinion such as TV, radio and print media among others. It is instant and in real time!

Which Countries Use Social Media?

According to a report published by Experian in April 2013, 27 percent of the people in Australia who spend time in the internet do so while on social media. Compared to other countries such as the US and the UK, internet users in Australia use social media the most.

According to the report, an Australian will spend 14 minutes on social media, nine minutes on entertainment and four minutes shopping out of one hour of internet use. The trend to shop online seems to be growing compared to past years and looks set to grow even more.

Social media is a fast, efficient and cost effective marketing tool when selling a business, as you are able to reach thousands of potential buyers with very little, if any, costs.

Facebook, Twitter, LinkedIn and YouTube are among the most trafficked social media sites. Microblogging sites such as Tumblr, lnstagram, Pinterest and others are also popular social media sites that can be used for marketing your business and communication purposes.

It is important to be able to measure the effectiveness of using these sites so that the time you spend updating and using these social media marketing translates into a sale. This will help you as a business seller looking to connect with a buyer, determine which social sites are most effective. It is also important to note that certain businesses will benefit from certain social media sites more. For example, Instagram and Pinterest are heavy users of images and photographs rather than text, Twitter on the other hand is more textual as opposed to using images.

In the case of a graphic design business for example, Instagram is effective at advertising your business profile. However, you can use social media platforms that would not be the best fit for your business and make it work for you. This is because social media is meant to communicate with your customers as well as build a relationship with them. This is additional to using it as a marketing tool.

Hubspot’s report titled 2013 State of Inbound Marketing Report found that 85 percent of Facebook users will recommend a brand they are fans of to other people. The report also states that at least 46 percent of online users will use social media to check on a brand before they make a purchase. This numbers seem set to grow as people’s interaction grows on social media. Social media users who support your brand are useful as they are loyal and this loyalty is important as they will repost, re-blog, re-tweet and pass on the message that you would like to be spread.

This is what enables social media to become such as widespread marketing tool. Using social media will enable you to tweak your marketing campaign so that it is more effective. It allows you to be able to tell what messages get the most likes, or what has been re-posted or re-tweeted. The advantage of this is that you are able to tell what is popular and you can use this as a guideline so that your future messages are designed in such a way that you constantly have people talking about your business.

Including social media in your marketing campaign when selling a business will drive more enquires and hopefully lead to a faster sale. 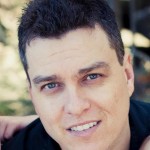