Why was Christopher Columbus negotiating deals with various thrones to fund his trip across the unknown Atlantic?

He wanted to find a faster route to Asia.

If you were born after 1960 it’s likely that you think of China as a communist country. But the fact of the matter is that China is a 5,000 year old entrepreneurial culture that is just finishing up a 60 year experiment with communism.

Capitalism and entrepreneurship won out.

When a culture has been around as long as the Chinese and entrepreneurship is that deeply embedded in it, you can bet there are some things you could learn from them about business. One of those things is how to negotiate.

I’ll never forget my first business trip to an Asian country, Taiwan. It was my first introduction to close business dealings with any Asian culture.

I understand some may say “that’s not China”. I get it. In fact, that was my cab driver’s first question to me when I walked out of the airport in Taipei. But it is descendant of Chinese culture and several of my experiences match my wife’s who’s been to mainland China several times on business.

I vividly remember driving through New and Old Taipei, Kaohshiung, and other cities and seeing so many buildings that were both a business and a residence. The family would have their business at street level and the residence occupied the floors above.

We were scheduled to do audits at twelve plants over seven days. On the first day we were set to meet with one of the plant owners for lunch. This “lunch” quickly turned into an all-day affair and I think almost every plant owner we were meeting with on the trip showed up.

Safety tip: If you ever have occasion to travel to China for business you’d best look up the word “ganbei” before you go.

I was naive at the time but have since learned that when you’re doing business in China, contacts in the community are incredibly important. It was helpful to us that all of our vendors knew each other and knew that we were all doing business together.

Here are some of the negotiating tactics that I learned on that trip and the years that followed along with some ideas about how you can use them in your business.

There is always plenty of time to negotiate.

When your culture spans 5,000 years you tend to take the long view. Nothing has to be decided right now. Be patient and give yourself plenty of time. And even if you do decide, you can revisit the decision later.

The Chinese don’t rush into a negotiation and they don’t allow time pressure to create problems for them. Westerners tend to have almost the complete opposite perspective.

We tend to think “let’s get this deal done so we can go make money.” In China it’s more like, “let’s take our time and get the deal right so we know we’ll make money.”

In the West, it’s common practice for business owners to either wait too long before they start a negotiation or to impose an artificial deadline for completing a negotiation. This time pressure causes them to miss opportunities or make concessions they wouldn’t otherwise have to make.

If you would normally start a negotiation four months before your ideal completion date, then double the amount of time and start eight months before. Don’t be in a hurry to complete it. Always schedule the next discussion at the end of the current session.

Have a game plan and be prepared.

If you’re going to negotiate with the Chinese you’d better have a game plan because you can bet they’ll have one.

So if you’d have a negotiating strategy for dealing with a supplier, why wouldn’t you have one for negotiating with your landlord?

There are many pieces and parts to a negotiating strategy. As an example, it isn’t just about what you want. It’s also about what your counterpart wants, their situation, their ability to deliver, what they need to accomplish in the negotiation. You need to understand the entire picture.

Too often I’ve been in a negotiation here in the U.S. where my counterpart only considers themselves and their needs. This is actually a weakness because they fail to consider all of the possible reactions and responses from their counterpart.

Failing to consider your counterpart’s intentions, motives, or choices will cause you to be blind-sided. Have you ever completed a negotiation and the deal didn’t operate quite the way you envisioned it? Was this because your counterpart did something you didn’t consider?

The time to develop your game plan is before you ever have your first conversation. Too many times I’ve had people call me and say, “they did this, now what do I do?”

My response, “what options did you map out before the discussions started?”

And one of my favorite sayings …

Realize that your game plan and strategy will change during the negotiations. It should, as long as you’re listening and learning. Don’t shoot from the hip.

Ego and emotions belong at the game, not in the negotiation.

You’ve probably seen it in the movies where the Chinese business man is stoic, calm, quiet, and reserved almost to a fault.

To a Westerner we think it’s almost like they aren’t interested in making the deal. But that’s not true at all.

Things the Chinese don’t fall for are grandiose statements about your accomplishments, being a braggart, threatening to walk out of a negotiation, or threatening to deadlock the discussions. These are all emotional, non-factual actions.

If a Chinese counterpart thinks that you’re being unreasonable their response will most likely be to stall the negotiation.  They won’t invest effort in a negotiation with someone who’s behaving like a child.

Emotionality will cost you. I can tell you that I’ve had a person storm out of a negotiation and make threats about selling the thing I was interested in to someone else. That same person ultimately accepted half their starting asking price and a full 25% less than my initial offer.

Ego has no place. The Chinese don’t fall for grandiose statements about how big your company is or what you’ve accomplished. These are merely facts that demonstrate that your business will be capable of executing on the agreed upon deal. You should make these points, but don’t overstate anything and don’t do it in a bragging manner.

The Chinese quickly sort out and are unimpressed by name-dropping. Who you’ve done business with is important to them because relationships are important. However name-dropping is useless.

I’ve found it particularly useful to dig into events and details when a counterpart tries dropping a name to impress me. I’ll have them explain the deal they’re mentioning, how it worked, the time frame, what was delivered, everyone’s satisfaction, and whether or not the deal went smoothly.

If the details of the deal they’re mentioning aren’t easily recalled when I ask, then I know my counterpart is name-dropping and it’s likely that nothing material really happened. You don’t want to be suckered by someone who talks a big game but can’t deliver.

Negotiating is a team sport.

But the Chinese think of team differently than westerners in the context of a negotiation. While every member of the negotiating team has an assigned role, only one person on the team speaks. Westerners often allow for multiple people to speak during the negotiation.

Have you ever been in a negotiation and had different members from your counterpart’s team give you conflicting information?

Allowing several people to speak during a negotiation is very much like having too many cooks in the kitchen. Having just one person speak for the team helps make sure that one person is managing and coordinating the information on the team.

Everyone on a Chinese negotiating team has a role. There may be someone watching for physical reactions to different ideas. Another person will be responsible for note taking. At times they may have one additional person who is authorized to speak informally with their counterpart. This person helps lubricate the process behind the scenes.

I’m a big fan of the note taker role in negotiations and if you have someone who’s good at reading people then having them observe reactions can be incredibly helpful. If your business is still very small and you can’t accommodate these roles then you should certainly get in the habit of making notes immediately after every negotiating session so that you have them to refer back to later.

Notice that at maximum two people can speak to a counterpart. This is very important because you would be surprised how much your counterpart can and will learn from your employees when you’re not around. Loose lips sink ships. Make sure that your employees understand the importance of not speaking out of turn with companies you’re negotiating with. 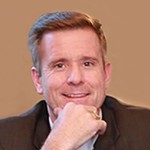