The business to the business industry has grown exponentially in the last decade. If you’re not familiar with what B2B websites are: is a platform that allowing commercial transaction businesses among. This is usually done when sourcing materials. B2B Marketing is a tough pill to swallow which is why these top platforms help small b2b business in many ways.

China has the highest number of B2B marketing agencies in the world, followed by the USA, India and Hong Kong. Below is a list of the world’s top B2B platforms.

The world’s leading platform for global wholesale trade, Alibaba is the largest B2B online marketplace in the world. Originating from China, it has support for many languages including Deutsch, Italian, Polska, Japanese, etc. With its great launch in 1999 and it has now left popular websites like Amazon and eBay far behind.

In 2012 Alibaba managed to draw the sale of $170,000 million from its couple of platforms beating the annual targets of E.bay and Amazon. It also hosts more than 35 million users currently.

Some of its other brands include AliExpress, Alipay, and Alibaba international. The only problem with this top website is that some companies are simply trading companies and not the manufacturer.

An e-commerce company that provides B2B sales and also B2C and C2C via its portal. The Economic Time labeled IndiaMART the largest online marketplace in India and is considered the world’s second largest B2B platform after Alibaba. Coming from Uttar Pradesh, no one would have thought to see it as the big beast it has become today. Its revenue in 2014 was more than 200 crore.

Dinesh Agarwal founded IndiaMART along with InterMESH.It currently employees more than two thousand professionals in the major cities of India. Similar, to 2015, it claimed to have more than 3 million suppliers listed on the website.

Another popular B2B platform you must’ve heard of. Developed and operated by Focus Technology Co., Ltd. From the country of China; it is a leader in the industry of electronic business. All their products are made in either China or Taiwan.

However, Made-in-China has had a few issues when in 2007 the US, Canada, Australia, and the European Union issued recalls on a broad range of Chinese-made consumer goods. Yet, it remains one of the most successful websites in the world for business to business sales.

Fairly new to the B2B industry, world trade has earned a good enough reputation quickly. A subsidiary of Reckon Media LLC, offering digital media and technological services, based in the US. world trade itself has its operational unit around the world.

world trade itself has its operational unit around the world.

It is the only B2B marketplace currently offering up to 10 leads free of cost when you sign up to it. This has been a huge selling point for businesses, and this can be seen through its fast growth in only a few years. Most of its manufacturers are from China however, it also has partnering businesses from the USA, India, Malaysia, and Pakistan

Due to its main operating unit based in Pakistan, the platform has become a part of CPEC and will benefit greatly due to this in the future. Lowest wholesale rates and fast delivery is what you can expect from world trade.

The website has especially benefit smaller to medium businesses, failed to gain recognition on previous platforms. 10 Free B2B lead generation is, of course, a major reason to sign up here.

Global Sources is a Hong Kong-based e-commerce company that is also registered with NASDAQ and GSOL. It is quite an old player, founded in 1970 by Merle A. Hinrichs and C. Joseph Bendy as Trade Media Ltd.

Global Sources has grown tremendously this year and has more than 1 million international buyers currently housed under it. Global Sources has an incredible B2B sales strategy and is the reason why it has lasted so long in the game. While it continues to grow each day. At the end of 2012, the revenue of this B2B online marketplace was $231.7 million.

The selling point of this platform is, it verifies the quality of the manufacturer, that a very few other platforms offer. Also, Global sources also have specialized shows around the world bringing buyers and suppliers face-to-face in a quality environment.

A leading wholesale website for a well manufactured in China, DHgate is a must try. It has a pretty consistent record of quality services and products and offers rates that cannot be found elsewhere. Again, it is a Chinese company but also supports the English language.

Like world trade, DHgate also facilitates manufactured products from small and medium-sized business owners. It provides a safe international payment and logistics service. The headquarters are located in Beijing, China. And a number of offices around the world including countries such as USA, UAE, Philippines, and India.

Something we don’t get to see every day is that DHgate itself is a creation of a woman, Diane Wang, who was also one of the founders of Joyo.com. She has also served as Country Marketing Director of Cisco Systems. In 201, the company claimed to have over 1.2 million Chinese suppliers and 10 million buyers from 200+ countries.

As the name says, it is an Indian company with its head office in New Delhi. With over 3 million registered users it currently serves as the global buy and sells the platform for products made in India. From Home décor, agriculture to machinery, Trade India surely has a huge variety of goods.

It is a portal specifically for small businesses in India. Founded in 1996, by Bikky Khosla, it has grown with branch offices over5 cities and employees over 1200 professionals. It basically functions as an online directory service to the global export-import community.

It currently has over 12,000 product categories and subcategories. Along with its presence in the B2B industry, Trade India organizes events and is an active associate with Google as their premier SME partner.

An online marketplace quite similar to Amazon and eBay on which you can pretty much buy and sell anything just like its slogan, “A Place to Buy, Sell & Trade,” says. Created by Steven Nerayoff,  and launched in 2002 iOffer is a San Francisco based online trading company.

The B2B website claims to have one million users including about 75,000 sellers. A unique feature on this site allows free listing of items for sale and charges only upon sales or for premium listing services. offer makes difference protecting buyers and sellers from fraud

The portal has grown to No.1 Trade Leader providing online and offline services to over 1,000,000 members. It was created by Inkyu Park, in 1996 and is a South Korea platform.

It is a wholesale B2B marketplace full of trade leads, product catalogs, and company directories. The portal offers quite a few languages like English, Chinese, Korean and Japanese.

plaza has had slow but consistent growth over the years and has today build a worldwide network and high brand recognition for itself. the plaza is a safe online wholesale mall for international trade.

One of the largest B2B sites in the world, ECVV was founded in 2003 with the mission to facilitate global trade more efficiently. One of the several companies from China that have become masters and dominate the world business to business sales. ECVV is a pretty reliable platform to purchase from. It provides global buyers current and quality information on suppliers and products and packages.

It is the first end-to-end procurement service platform in China and is a major international trade promoter. The annual trade volume estimates of  ECVV show up to $5,000 million. By the end of 2009, it had over 2,000,000 registered users and received 800,000 buyers from 200+ countries.

While most B2B sites seem to be selling everything, Fibre2Fashion has maintained its focus on, well, fashion. the aim is to serve and bolster the textile fraternity. The portal currently offers analysis reports, business solutions, magazines and much more along with their products.

It is a fantastic business to business marketing place for buyers all around the world. The website is Indian and thus features mostly Indian suppliers. However, the quality is impeccable. Since its birth in 2000, it has consistently been growing leaps and bounds.

Last but not least is, Exporters India.

Weblink. In Pvt Ltd. owns this website, Developed by them in 1997. Currently, Like a few companies in this list, Exporters India is from India as well as the names suggest

The website offers full support in the English language and has its headquarters in New Delhi, India.  ExportsIndia is the largest searchable B2B platform of manufacturers, exporters, and importers, suppliers, etc. This Portal also has an app available for Android phones on Google Play.

However, It is a website which you still need to use with caution. Recently, quite a few reviews have spoken against it. 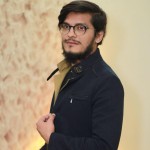 Reinforcing Data Integrity in Your Business