Set a Standard for Your Team

As the CE/SO, you need to set an example of time efficiency. One huge flaw I’ve seen among CE/SOs is that they’re often out of the office or out of town working on highly improbable sales opportunities when their team is expected to be working in the office 8 p.m. to 5 p.m. This negatively impacts company culture. It leaves your team wondering when you’ll be in and what you’re doing. Do not let these thoughts creep into the minds of your team. You always need your people to feel that you are the hardest working person at the company.

It’s ironic, but often these CE/SOs will take frivolous coffees but refuse what they consider “unqualified” sales calls. This makes absolutely no sense and should be completely reversed. Take more sales meetings than you think you should and fewer networking and coffee meetings than you think you should. If someone is interested — even if they may not seem like a great prospect on paper — you should take the call. Or at least five to seven minutes of the call.

Instead of making judgments ahead of time, like refusing to meet with someone because of his or her title, just spend seven minutes on the phone and decide for yourself whether the call will be a productive one. Start by getting curious about the company — really understand what they do — and assess whether it’s going to be a good fit.

I frequently go into calls thinking they won’t be productive and am surprised by the positive outcome. Conversely, I’ll often prep and go into a call with high hopes and ditch the call after four minutes. The fact of the matter is you just don’t know until you’re on the call.

Once you’ve scheduled the sales meeting, though, how can you tell within those first few minutes whether a lead is going somewhere or whether you should get out now?

It’s relatively simple. You probably have (and if you don’t, should have) disqualifiers: three or four attributes a prospect must have to even consider him or her as a customer. For my company, you must have: an average customer lifetime value above $10,000; a total number of potential U.S. customers greater than 1,000; and a strong desire to grow the business.

You might be thinking, “But if you can uncover these attributes prior to the call, why take the meeting?” Good question. First of all, you might be wrong. Secondly, perhaps there’s a new product or service that is not public and you don’t know about. And last, in today’s business climate, individuals are often involved in many businesses. Perhaps the business they’d like to discuss is not one you are thinking about.

Another way to make sure you’re spending time wisely is to ask the prospect. Don’t be shy about coming out and asking about a lead’s intentions. You don’t have to be rude about it — don’t be a Neanderthal and demand straight out, “Look, are you going to bite or not?” Be subtle. If someone doesn’t sound like she wants your product or services, say, “You don’t sound terribly interested, am I right?” Either she’ll admit she’s not going to become a customer or she’ll warm up.

But that all pales in comparison to the most surefire way of determining if a lead is good: Does the lead ask you to send more information? If so, you know with almost 100 percent certainty that this lead is going nowhere. When people generically ask me for information at the end of a call, I refer them to my company’s website and mark them as lost.

How to Focus on Good Leads

Once you’ve weeded out your bad leads, make sure you’re using your increased time and energy to capitalize on the good ones. Here are five practices you should be using for every call with your qualified leads:

#1. Forget about BANT leads (unless they call you).

BANT, an acronym for “Budget,” “Authority,” “Need,” and “Timeline,” is the old standard rubric that sales managers use to judge whether a lead is “qualified.” It’s dead. Bury it.

In today’s world, if a potential customer is BANT qualified, that means she has a pressing (sometimes desperate) need for a product or service in your category. Using outbound marketing to secure BANT-qualified leads is unreasonable. If someone is in desperate need of a service, he’s already gone out for himself and found a vendor or a few vendors. If you are that vendor, mazel tov. If not, give up on holding yourself or your salespeople to this standard and asking them questions in 1-on-1s to determine if they have BANT-qualified leads in their funnel.

Stats like “It takes 27 touches on average to close a deal” make salespeople and CE/SOs waste endless amounts of time poring over the right note to send post-meeting or the perfect number of days in between sending a contract and robo-calling your prospect. The truth is: It doesn’t matter. The deal is won or lost in the meeting. Just like you can’t save a bad date with a great text, you can’t revive a deal with a great follow-up note.

If you can’t save a bad meeting with follow-up, it stands to reason that you should do everything in your power to ensure your meeting doesn’t need saving. Take 80 percent of the time you spend on “following up” and move it into preparing for the meeting. And I don’t mean figure out where they went for spring break with their niece in 2010 so you can drop in a line about how you also love Antigua. I mean role play, anticipate questions, think about how you’re going to build credibility, etc.

The idea of “qualifying” prospects to determine whether they are actually going to become customers presumes two things that are largely untrue: When you are asking qualifying questions (what’s your timeline to make this decision, are you the final decision maker, etc.) you are getting the real answers and when those answers won’t shift over time. Both are bad assumptions.

The only way to determine whether a deal is going to happen or not is through action. And you cannot force action by increasing the quantity or frequency of your follow-ups. Creating false deadlines is transparent to customers and smacks of desperation. So pull deals. It’s real, it forces action, and it will save lots and lots of time.

Wrong. Steve didn’t like your pitch. If he did, he wouldn’t have asked for more information. That’s not how interested people act.

I know, I know. One time Joanne from the big company you sold a deal to once in the ‘80s did ask for more information and Joanne became a customer. That’s an exception, not the rule.

#5. Schedule the right type of intro meeting — a phone call.

Set yourself up for success before the first meeting even starts. Start with a 20-minute to 45-minute introductory call. Life won’t end if 20 to 30 minutes get wasted. Stop scheduling face-to-face intro meetings in Topeka if you live in Los Angeles, saying you’ll build some other bad meetings around this intro and make the trip worthwhile. (Doubt it.)

Not all leads are equal. Do your homework, take the call, but if it’s not a good fit within the first few minutes, set them loose. Think you’re an expert at qualifying leads? Tell us about it in the comments below. 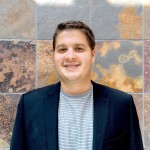