Airline disasters are horrific incidents. Unlike a common road accident, an air accident may result in the tragic loss of hundreds of lives.

For public relations (PR) folks, airline disasters are the stuff of crisis communication nightmares. They often attract media attention which could continue for days and even weeks. Left unmanaged, they could snowball into significant long-term financial and reputational losses to the company.

An example would be Malaysia Airlines. The flagship carrier of Malaysia was considered “technically bankrupt” after it suffered huge losses from two major air disasters in 2014 – MH370 and MH17.

How should we manage the aftermath of an airline disaster? What minefields should we avoid?

Let us look closely at the two contrasting examples of United Airlines and AirAsia.

United Airlines seems to be on a roll – at least where airline mishaps are concerned.

Just a few days ago, a mum and her two-year-old son were forced to sit together in just one seat due to a mistake the airline made in boarding a standby passenger.

Not wanting to kick up a fuss, Shirley Yamauchi endured having her arms and legs go numb holding her son throughout much of the flight despite paying almost US$1,000 for each ticket.

No one can blame the mother for not kicking up a fuss, because the last time someone did, he got seriously injured.

I am referring to United Airlines’ most infamous incident that occurred on board Flight 3411 in April this year. 69-year-old American-Vietnamese doctor David Dao was assaulted and unceremoniously dragged along the aisle of the plane by Chicago aviation security officers after refusing to give up his paid seat to four crew members who needed the ride (which was legal according to airline rules.)

It was one of the most highly reported disasters in history, thanks to the numerous passenger videos which spread virally on social media like wild fire. It may also be the most financially damaging, resulting in a plunge of over US$1 billion in share value for United Airlines at its worst.

His face covered in blood, Dr Dao tried to explain that he needed to attend to his patients the next day. The airline refused to budge. It claimed that he was “disruptive and belligerent.” This led to the altercation viewed by hundreds of millions around the world which led to mass outrage.

United Airlines CEO Oscar Munoz came out with a series of apologies after the incident. Unfortunately, they only dug United Airlines’ grave deeper.

His first apology focused on “having to re-accommodate these passengers” and scarcely acknowledged the trauma suffered by Dr Dao (see below).

His second apology addressed to staff was worse. It sounded even more defensive, and did not express any sympathy for the victim.

Munoz’s third and subsequent apologies sounded a lot more sincere and genuine. Here’s the statement issued to the media. The airline also offered refunds to all passengers on that flight.

In contrast to United Airlines’ pre-flight kerfuffle, AirAsia’s Indonesia Flight QZ8501 was a tragic air disaster which resulted in the loss of 162 lives.

The flight was scheduled to reach Singapore from Indonesia on an Airbus A320-216 on 28 December 2014. Just 40 minutes into its flight, the aircraft lost contact with air traffic controllers on the ground.

Unable to continue flying, the aircraft crashed into the Java Sea. All 155 passengers and seven crew members were killed in the process.

Unlike Munoz, AirAsia CEO Tony Fernandes moved quickly to rebuild public confidence in the brand. Here’s what he did right.

#1. He immediately took responsibility and apologized.

Fernandes took advantage of the immediate and brief nature of Twitter to address the public directly, and to give updates in a timely and accurate way.

One of his first tweets was an apology to the families of the victims (see below). It was sincere, emotional, contrite and direct.

#2. He was the sympathetic and caring face of AirAsia.

#3. He was swift to offer compensation and to make things right.

AirAsia offered an initial compensation of US$24,000 to the next-of-kin of each passenger. This was announced within 10 days of the incident occurring.

#4. He expressed gratitude and support to the Indonesian rescue team.

Fernandes knew that as the search and rescue efforts continued, morale of the rescue teams and other staff members would start to fall. He continued to express his support to all those involved, knowing that they were key to accomplishing the mission of returning the bodies to the bereaved and attaining closure.

Fernandes’ sincere and well-coordinated messages won him (and AirAsia) a lot of goodwill from the crowd.

The contrast between the two airlines’ responses is stark.

Using the Situational Crisis Communication Theory (SCCT) developed by W. Timothy Coombs, we can see that United Airlines initially focused on denying that a crisis existed, and sought to diminish their role in it. As the problem escalated, they begrudgingly acknowledged their faults and offered compensation as a form of damage control.

In contrast, AirAsia took the bull by the horns. Its CEO Tony Fernandes played a direct role in rebuilding confidence by apologising and offering compensation, and boosted confidence by providing moral and physical support.

The differences between the two are illustrated in this table (adapted from information here):

From the experiences of United and AirAsia, we can see that CEOs and their publicists play critical roles in how brands are perceived in a crisis. While United Airlines continues to fumble in a downward spiral, AirAsia appears to have fully recovered from its crisis, and is set to grow by 10 percent annually.

Publicists need to continually learn from the mistakes of others, and draw insights from the best examples to provide better counsel to their stakeholders and spokespersons.

Using a tool like SCCT, we can map out how organisations respond to crises, and better equip ourselves for potential crisis scenarios. This becomes increasingly important in a hyper-connected digital world – one where hits and misses in crisis management could mean the difference between boom and bust. 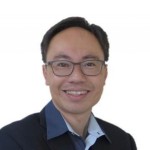 Public Relations and Content: The Yin and Yang of Marketing

Some people write for their interest, and some choose this as their career option and others write to pour their…

How to Build the Workforce of Tomorrow: Step by Step

How to Build the Workforce of Tomorrow: Step by Step Ever since the recession that struck in 2008, the business world has…