Say Adieu To Orkut This September: Let’s Prepare For The Last 3 Months Google always wanted to progress and become the leader, and Orkut wasn’t helping much. Therefore, it didn’t waste too long to shift its focus to Blogger, YouTube and Google Plus. The writing was already on the wall, and Google has now made it official. It announced via a blog post titled “Tchau Orkut” that its first social networking site will be closing its doors on September 30, 2014. And Google has also announced that no one will be able to create a new account on Orkut anymore.

With less than 3 months remaining, what can you do to save your scraps, photos, testimonials, and communities?

Before Orkut shuts down on September 30, 2014, you can use your account as you have done so far. But from the next day, you will not be able to log in or use its features. So, you need to hurry up and use Google Takeout to save your profile, scraps, community activities and testimonials. If you want to save your photo albums, then you have to log in and export the albums to your Google Plus account.

Ever since the news of Orkut shutting down got out, I’ve seen people asking whether they can transfer their Orkut account to Google Plus. Well, this is not completely possible but you can make a connection between the two accounts though.

What’s Next From Google?

There is a little catch though! As Google considers Google Plus as a unified system to improve its Web properties more than a social network, it’ll now be interesting to see Google’s take on social networking after it bids farewell to Orkut.

While Google Plus, YouTube and Blogger have shown great promises over the last few years, Google does not consider any of them as a “typical” social networking site. So, will Google leave the race and let Facebook enjoy its authority? It, as of now, has decided to stay mum on this topic.

As of now, let us all thank Orkut for being amazing for 10 long years. And let’s hope that people still actively using Orkut will soon find a fitting alternative and make more connections over the next decade.

Images: ”LISBON, PORTUGAL – FEBRUARY 21, 2014: Photo of Orkut homepage on a monitor screen through a magnifying glass. Orkut is a social networking website that is owned and operated by Google./ Shutterstock.com“ 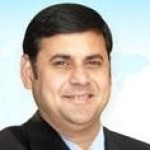