Paid advertisements have long been a staple of modern marketing, with the allure of getting clicks for money-making Facebook and Google Ads tools in every marketer’s toolbox. Early adopters of Facebook and Google Ads received massively underpriced attention and clicks to their content. However, in the years since these tools have debuted, a number of trends have diminished the value of paid ads.

First off, and most importantly, most users no longer trust paid ads. A whopping 96% of Internet users don’t trust paid ads, which defeats their entire purpose. If you’re not able to come across as genuine and authentic to your users but are instead seen as “sleazy,” then it doesn’t matter how great your product is: You won’t be able to get users.

As others note, it’s getting harder and harder to get user attention via paid advertisement, and this is partly due to the over-saturation of marketing channels. Our attention spans are decreasing to the point where the average user spends less than 2 seconds on a piece of Facebook content, while it’d take significantly longer to go through the average creative ad.

Besides consumers’ increasingly-limited attention, advertising mediums are becoming highly over-saturated, as marketers compete for ever-fewer available ad spots. Users are thus continuously bombarded with ads, and many turns to ad-blockers. Users who aren’t using ad-blockers are, more often than not, “banner blind” to the advertisements anyway, and instead focusing on the actual value in the platform. Further, many clicks that you think are coming from users are actually coming from bots and click farms, bringing down conversion rates.

Smart marketers are seeing the down-trend of paid ads and are turning to alternatives that evoke more trust in users, such as word-of-mouth. Word-of-mouth (WOM) is the highest converting marketing channel because it’s the most trustworthy. Of course, in order to be able to trust digital WOM recommendations, you need an authentication mechanism, which is where companies like WOM Protocol come in. WOM Protocol connects content creators, authenticators (to verify the authenticity of recommendations), and platforms like YEAY.

Many companies have found WOM to be an incredibly useful marketing tool. For example, Dropbox’s great success can largely be attributed to its early word-of-mouth programs, now growing to a $10 billion company. Dropbox started with a powerful refer-a-friend program and sign-up incentives distributed via social media. Paid ads were not necessary for them to become a well-established cloud player.

Another company that found great traction in WOM is Coconut Bliss. They’re a dairy-free frozen dessert company that achieves more than $5 million in revenue every year. When Coconut Bliss started, they built personal relationships with potential customers through small-scale testing parties, demonstrations, and other events, create authentic and genuine relationships with their user-base. Of course, this ingenuity has extremely high conversion rates, leading to their massive success today.

Another example we’ve all heard of is Tinder. Chances are, you haven’t seen an ad for Tinder, but you have heard about it countless times, whether on social media, from your friends, or in day-to-day conversations. Tinder started out by targeting college campuses, where they hired “college campus representatives,” who were assigned tasks such as planning parties where guests had to download the app to participate. In just 2 years, Tinder grew to 50 million users. As an advertiser, you’d be hard-pressed to even strategize a way to get to 50 million users with paid ads (unless you had truckloads of cash), but Tinder achieved this feat relying on the power of word-of-mouth.

“If you build a stellar company, the customers will come (and they’ll tell all their friends to come, too)” is the idea behind Zappos. Rather than invest in traditional paid ad strategies, they’ve funneled money into renowned customer experience, resulting in superior word-of-mouth recommendations over their competitors, ending up with a higher bottom-line.

Finally, let’s take a look at Lands’ End. When they launched a product line targetting millennials, Lands’ End Canvas, they used word-of-mouth to work with well-known bloggers and generate sales. Word-of-mouth is an especially useful tool for the younger generations, as those who have grown up immersed in digital content have a more discerning eye for authentic versus inauthentic content. Gen Z, especially, is highly-tuned to spotting inauthentic content, making paid ads an extremely difficult strategy to target this segment.

Ultimately, word-of-mouth is becoming an increasingly attractive alternative to paid ads, as the problems with paid ads are getting worse, not better. Competition for ad space is becoming fiercer, forcing cost-per-clicks up, while users’ trust and attention are diminishing alongside the increase in ads.

“Attention” is often said to be the most valuable currency of the Internet, but the best way to get attention is changing. Paying for clicks is now being seen as a less genuine marketing strategy, and ingenuity is what converts–not just desperately throwing your content to every corner of the Internet.

This isn’t to say that paid ads will disappear anytime soon. Sure, they’re on a sharp down-trend in value, but they’ll always be a tool in the toolbox of marketers. In the same vein, word-of-mouth will never be the only tool in a marketer’s toolbox. There will always be competing strategies, and different contexts will mean that different tools should be used.

Here’s the takeaway: Any diligent marketer should consider paid advertisements across a variety of channels to get more eyeballs, and ultimately conversions to increase the bottom-line. However, diminishing user attention combined with over-saturation of channels is making alternatives like word-of-mouth more attractive. Social platforms can integrate digital word-of-mouth as a revenue model using mechanisms like WOM Protocol, and brands can also profit from digital word-of-mouth by boosting positive, authentic content about them. Finally, content creators and authenticators can finally get paid for their contributions by creating ecosystems based on trust and ingenuity, rather than competing ads. 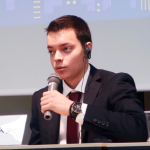