Logos and symbols have always had a deep and powerful effect on our visual perceptions. Psychology tells us that our minds react to symbols in various ways.

As a logo designer, we should be well aware of these impacts, the way a design is perceived and interpreted by our minds and use them to our benefits so that we can get the message across to our target audience. Understanding these things will greatly help us communicate our brand’s message in a clearer and unique way.

Today, we shall discuss Gestalt, what it is, what it has evolved into and how it can help us understand how our viewers make sense of the visual designs that we put in front of them.

Gestalt is a German word that means a visual, symbolic, physical, or any sort of a pattern, a structure, or any form that is unified as a whole. It is arranged in a way that its properties cannot be summed up if the parts were presented to you individually.

According to Max Wertheimer, Gestalt theory is a school of thought that looks at humans and their minds as a whole. It suggests that we, as humans, do not look at every small component of a structure presented to us. Our minds are trained to perceive it as a greater whole and the components are simply elements of a complex system.

To put it simply, just take the example of how we recognize the face of a person that we already know. We do not look at their eyes, nose, forehead, or ears as different things but as a whole and focus on the face instead of the individual anatomy.

When Gestalt theory was first introduced, theorists like Max Wertheimer, Wolfgang Kohler, and Kurt Koffka immediately recognized its importance in the field of visual perception and started applying it. What they basically said was we have a barrage of signals coming into us every minute. What our minds do is to unify them or group them together to organize them and make some sense out of them.

Over time, some lists were made to make sense of these findings and principles came into being regarding our visual perception. If we incorporate these principles into logo design, they can give us crucial insights and help us in our work.

This principle tells us that our minds work hard to perceive everything in its simplest form. When a visual is studied in-depth, it will show that it is nothing but a bunch of individual shapes put together, but our minds automatically perceive it as a whole and turn it into something entirely different.

If this principle is combined with a designer’s creativity, it can give us excellent results and stunning designs.

If you look at the picture below, the tree looks like the figure and the white space looks like the ground. Upon closer inspection, you will find a gorilla and a tiger facing each other in the negative space.

This principle says that if we find more than one element of the same group as bunched together if they are laid close together. A good example of proximity is the Unilever logo where small elements are laid so close together that it looks like one element.

This principle tells us that if there are elements present in the picture or logo that look like each other, our minds will automatically think that they belong to the same group. This can be done by using a wide variety of techniques like changing colors, textures or fonts.

Elements that are symmetrical are taken as they belong to the same group. You must have come across a picture where half the picture is different and the other half is different but they look like a part of the same thing.

This principle tells us that if elements have the same slope, they are perceived by our minds as being part of the same group. Take inclined text for example. If you take two texts and put them in two inclines, our minds will automatically differentiate them.

Logos use this methodology excessively, even if the designers don’t know about it. If we put elements close together as a figure, we perceive them as belonging to the same group. A great example of this is the FedEx logo.

When we see elements existing inside the same region, we perceive that they belong together. They could be anything like text, symbols, or a banner. Take the poster of Inside Out, the Pixar movie.

This principle describes the fact that if elements are connected together, we perceive them as being a whole. Take infographics or flowcharts, for example.

So, what do you think? Want to try the Gestalt principles in your next logo? Try them out and let me know what you think. 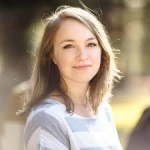 5 Trademark Mistakes to Avoid at All Costs

Sleek Logos Are Bound to Make an Impact on Your Brand