Memes are the modern day equivalent to the observation that imitation is the sincerest form of flattery. Whilst it appears the term “meme” was first defined by a scientist called Richard Dawkins back in the 1970’s, memes have really gained some traction and popularity over the last few years.

The idea itself is not a new one, but memes in their current format are considered an important digital marketing strategy. We are all familiar with the concept of an idea or a behaviour going viral and being rapidly distributed through the global digital highway. Memes, which are often in the form of pictures or videos but can also be a link, hashtag or phrase, also spread rapidly throughout the internet.

Memes can help you to stand out from the crowd when you are marketing your business in such a crowded space and if your meme happens to be particularly popular and has gone viral, it might even be ripe for a bit memejacking.

This infographic runs through the reasons why memes are so popular and looks at some of the successful campaigns already out there. It also explains why memejacking might be a good idea but why being late to the party, might not be so beneficial for your marketing numbers.

Even if you are short on graphic design skills or don’t have much time to get everything together for your meme, you could consider using a meme generator. You can even use google trends to gauge what customers want and how their interests and preferences are changing.

You might want to see what you can learn from successful meme campaigns and even use words and phrases that your customers are currently using on your social media accounts. You might be able to create a meme from the ideas and inspiration you get from this infographic. As they say, imitation is the sincerest form of flattery.

Infographic Source: Who Is Hosting This

Images: ”The word Meme in magazine letters pinned to a cork notice board. Meme is used to describe a piece of information or an element of culture in various media which is copied and circulated rapidly. / Shutterstock.com“ 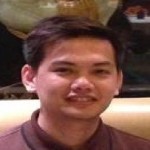