The e-commerce environment in India offers lucrative opportunities for brands willing (and ready) to get involved. In fact, in a race to be the world’s largest economies, India jumped from the 10th position in 2005 to third in 2011. As per the report has drawn by the International Comparison Program (ICP) of the Development Data Group at the World Bank, the U.S. retained its position as the largest economy while countries like Japan and the United Kingdom gave way. It was observed that two-thirds of the world’s economy was contributed by the 12 largest economies in the world, six of which were of middle-income categories. These six middle-income economies included China, India, Russia, Brazil, Indonesia, and Mexico.

India is a productive land that is being eyed by investors from across the globe. As Business India puts forth, the booming industries in the subcontinent include IT Information Technology, Telecom, Healthcare, Infrastructure, and e-Retail. While the rest have been in the race for quite a while now, e-commerce has come out with flying colors despite being new.

Amid the gloom that most experts and economists see in Indian industries, e-commerce or e-retail is one ray of light that promises to shine brighter by the day. Mumbai-based rating firm, Crisil Ltd. revealed that e-commerce businesses’ revenue could triple in the future three years. The prime reason behind the growth would be the multiplying number of users using the Internet, which is currently 200 million users. The estimated figure by 2015 is 500 million, as per Mc Kinsey & Co.

The financial year of 2013 ended with e-commerce companies’ combined earnings of $2.24 billion. This is however projected to become $8.13 billion by 2015 as per Crisil Research. What has attracted venture capitalists and other investors is the phenomenal annual growth of about 56 percent since 2008?

Some of the industry highlights that mark the prospects include:

•  Jabong, an e-retailing store generated about $100 million from a UK government-backed investing agency.

• Flipkart achieved a sale target of $1 billion well before their planned period.

B2C E-Commerce: How Does It Look Like In India?

eMarketer, in its latest forecast, reveals business to consumer (B2C) e-commerce global sales are estimated to reach $1,500 trillion this year which is a jump of 20.1 percent since the previous year. It is believed that in the next two years the Asia Pacific will be leading the e-commerce market with China’s spending becoming the greatest and India and Indonesia following closely.

This massive growth will be fueled by some reasons like the growing mobile and Internet user base, especially in the emerging markets in the Asia Pacific region, advancing payment and shipping options, ever-increasing mobile-commerce sales and famous international brands pushing into markets. Asia Pacific’s growing strength of sales is primarily attributed to their huge populations which are acknowledging e-commerce and beginning to adopt this new culture rapidly.

The Indian Advertising Market: A Key Player in E-Commerce Growth

India’s e-commerce market is on the rise. Statistics reveal that by the end of this year, 44 percent of the Indian households will have access to the Internet. This translates to a bigger market for e-commerce. This change is also going to affect related markets in a big way like the supply, logistics, and advertising. Advertising, in particular, will be playing a huge role in facilitating the e-commerce growth by educating people about brands and assisting them in buying not only through e-stores but also their brick and mortar outlets.

Ad Age, a leading source of news and updates from the advertising community, highlighted a few facts about the global advertising market, where India was stressed to be having a bright future ahead. Here’s a summary of the feed, in the form of a few advertising facts, as per the current market scenario:

* While the Latin America’s growth will sustain as before and Western Europe’s will be modest, Asia-Pacific countries especially China and India are set to grow considerably through 2016.

* Amongst the multiple ad mediums like Newspapers, Magazines, Radio, Internet and Television; the Internet would grow to become the second largest medium of advertising, across the world.

* China is ranking number three in the advertising market and is expected to rise as number one. The Indian subcontinent and Indonesia will closely follow it.

* India will become one of the ten largest ad markets ascending from its current 14th position. It’s expected to grow by 39 percent year ending 2016.

* Spending in technology and personal care is growing the fastest among others making them the most lucrative businesses.

India, traditionally the land of charmers, is now being looked upon as fertile land for investments that can yield high returns. With Fortune 500 names like Walmart, wanting to enter into the subcontinent through e-retail, e-commerce is the next big stepping stone for Indian growth.

What are your takes on the Indian e-commerce industry? Do you think it’s a boon or just another mirage in the desert? Post your thoughts and opinion; we’d love to hear from you too!

According to a study conducted by the Internet and Mobile Association of India, the e-commerce sector is estimated to reach Rs. 211,005 crore by December 2016. The study also stated that online travel accounts for 61% of the e-commerce market.

According to Google India Research, by 2021 India is expected to generate $100 billion online retail revenue out of which $35 billion will be through fashion e-commerce. Online apparel sales are set to grow four times in the coming years.

Overall e-commerce market had reached Rs 1,07,800 crores (US$24 billion) by the year 2015 with both online travel and e-tailing contributing equally. Another big segment in e-commerce is mobile/DTH recharge with nearly 1 million transactions daily by operator websites.

Online sales of luxury products like jewelry also increased over the years. Most of the retail brands have also started entering into the market and they expect at least 20% sales through online in next 2–3 years.

Though the sector has witnessed tremendous growth and is expected to grow, many e-commerce ventures have faced tremendous pressure to ensure cash flows. But it has not worked out for all the e-commerce websites. Many of them like Dhingana, IndiaPlaza.in, eBay-India, Rock.in, Seventy MM amongst others had to close down or change their business models to survive.

There are many hosting companies working in India, some of which offer SaaS for hosting web stores.

India has got its own version of Cyber Monday known as Great Online Shopping Festival which started in December 2012, when Google India partnered with e-commerce companies including Flipkart, HomeShop18, Snapdeal, Indiatimes shopping, and MakeMyTrip. “Cyber Monday” is a term coined in the US for the Monday coming after Black Friday, which is the Friday after Thanksgiving Day. Most recent GOSF Great Online Shopping Festival was held from Dec 10 to 12, 2014.

In early June 2013, Amazon.com launched their Amazon India marketplace without any marketing campaigns. In July 2014, Amazon had said it will invest $2 billion (Rs 12,000 crore) in India to expand the business, after its largest Indian rival, Flipkart announced $1 billion in funding. In June 2016, Amazon agreed to invest another $3 billion to further pressure rivals Flipkart & Snapdeal Amazon has also entered grocery segment with its Kirana now in Bangalore and is also planning to enter in various other cities like Delhi, Mumbai and Chennai and faces stiff competition with Indian startups.A large proportion of traffic towards e-commerce sites is driven by coupon sites. 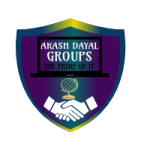 How to Effectively Kick-Start SEO?