The mobile apps space is more crowded and competitive than ever. Latest research puts the

Make the app easy to find

The first hurdle for app marketers is to get their app found. App store optimization is therefore, crucial to making the presence of your app felt.

It’s important to execute this step well in order to maximize the chances of the app being found organically. Here’s a detailed write-up on how to get discovered on Google Play.

Since apps open on small devices, there isn’t much screen real estate for developers to work with.

Packing in a ton of features to impress users may be counter-productive since that could lead to confusion on the part of the user and consumption of too much memory on the part of the app, affecting the performance of not only the app but also that of the mobile device. You want the app to be able to work on as many devices as possible.

The user interface should lead to a smooth and memorable user experience for the users to want to continue using the app. This requires, depending on the category of the app, being able to find all the important information easily and carry out the necessary functions without hassle.

We stress on a simple, intuitive and minimalistic UI. Don’t include anything more than you need. This is an easier challenge to meet for certain apps than others, depending on the category.

For e-commerce apps, an effective UI would translate to making product information available in one place, including relevant filters, clear pictures of the product in question and a smooth payment process.

For camera apps this would mean an app that loads fast, doesn’t crash and integrates well with the existing photographs and videos in the users’ mobile devices. Swiping between camera filters should be easy as should be quitting the app.

Be smart with in-app advertising

We understand you want to make money, especially if your app is free to download, but take extra care not to integrate advertisements in a manner that is so annoying it makes users uninstall the app altogether.

Pop-ups are a bad idea, and so are ads that take up too much screen space or require you to hit the back button a few times in order to disappear.

Be smart with the advertising and marketing. For free versions, offer in-app purchases, which are a major source of revenue generation. Further, combine this with native advertising, where advertisements seem to be a part of the content and offer relevant ads. Offering users ads or deals related to their area of interest is more likely to elicit a positive response from them.

Referral marketing has the power to skyrocket the growth of your app. Airbnb registered a 300% rise in the number of sign-ups with the help of in-app referrals. Evernote, Dropbox and Uber, too, have seen tremendous growth through this strategy.

Some ways you can implement this to maximize the chances of your app’s success:

Make use of push notifications (but don’t overuse them)

It’s helpful to send push notifications over periodic intervals to nudge users to revisit an app. Some of the most successful app makers do this all the time and it is not annoying. On the contrary, users are happy to be reminded of the app.

Research indicates that the number of apps being used by the average person has remained the same while user engagement with the apps has increased.

If your app doesn’t serve a daily or an important need of the users (and even if it does), you might want to send reminders in the form of push notifications for them to revisit the app. Also, notify the users of new updates and/or features, discounts, sales, etc. In short, pique their interest at regular intervals.

Research has found that push notifications result in an 88% increase in app launches, with eCommerce apps doing significantly better than others, registering a 278% increase! The study concluded that push messages drive user interest, generate higher user engagements and lead to app retention.

How many of the apps that you’ve downloaded have been rated less than four stars out of five on their respective platforms?

With the number and high-quality nature of apps in all the app stores, people have no reason to settle for apps that aren’t rated highly enough, or by a large number of people.

As you start receiving downloads and installs, notify users to rate the app as well their experience with each use (if relevant).

Invite feedback, and more importantly, respond to it. Acknowledge the positive reviews, thank people for their time and address critical remarks without delay. Solve the problems raised to prevent unflattering reviews from damaging the app’s reputation.

There are many things you can do to get your app noticed and used by an increasing number of people. A big football game coming up? Send out a push notification offering a certain percentage of cash back or prompting users to upload game-based selfies. Offer Valentine’s Day stickers or Fourth of July discounts. The growth hacks presented here are supported by research and have worked well for a number of companies. However, with a little bit of creativity, you could chart your own course and develop your own hacks.

Where do you stumble with marketing your app, and what hacks have worked for you? Leave a comment and let us know!

Images: ”APPS concept with young man holding his smartphone outside in the park toward sunset /Shutterstock.com“ 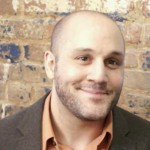