In a recent article entitled “

Defining your competitive set is a major and critical decision that you need to make about your business.

It will drive everything that you and your people do and focus on, sometimes without realizing it. It will be critical on determining what your business will become. What you decide may even take you to places you did not know that you needed to go.

For example, Coca Cola could set its competitive set as any of the following:

If you were working for Coca Cola you would think and act differently based on each one. Take a look again at each of the possible competitive sets defined above and think about the implications of each.

It would influence what products you developed, which consumers you targeted, where you sold the products and how you advertised and promoted them. The impact of your decision on the competitive set ripples across everything you do, building up to a tsunami effect over time relentlessly driving you in one direction with a momentum that can be hard to change.

Learn from stagecoaches, ferries and Eurostar.

The cross channel ferries running between the UK and France faced a similar dilemma with the advent of low cost flights and the Channel Tunnel. They seem to be focused, though, on a competitive set of other ferry services. On the other hand Eurostar clearly have a broader view of their competitive set.

You always see them reporting and talking about their share, cost and benefit differential and the performance of transporting people and cargo from London to Paris and Brussels. They see airlines, ferries and presumably any other forms of crossing that may emerge, as all being in the competitive set. In fact, they are trying to enter the ferry business to build their share of transporting larger trucks that their trains cannot carry on the route.

Make sure you measure what you do that way too.

One major, and telling, indicator of how a company sees its competitive set is how it measures its share performance. For example, when I worked on Johnson’s Baby we used to measure our market shares in the total category of shampoos, powders, oils and lotions. We would also look at the baby product shares as well, but we saw the competitive set as the total category. As a result, the people managing the brand were focused on how to get more people to try and use Johnson’s Baby products on themselves, not just on babies.

Defining your competitive set is a critical decision that will drive where you and your teams focus their attention – often without realising it. It will determine how and where your business evolves. You need to measure your share and performance within that definition to help to keep that focus.

1. Ask yourself if your company or brand is clear what your competitive set is? One clue, if you are still unsure, is look at how you measure your performance in the market. Who are you comparing results with?

2. Is your competitive set well defined, but is it a growing and big enough segment that can sustain growth for the long term? 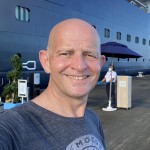