8 Ways You Can Grow Your Creativity Using Marketing There is a huge amount of creativity in marketing. I mean I don’t really have to tell you that, do I?

The real risk in marketing is that you get stuck in a rut, where you can’t find any way to be more original as you go through the same motions and the same ideas, over and over again. When that happens and you’re jealously wondering how other people can be as creative as they are, the first thing to remember is that there is no such thing as total novelty. All ideas are built on other ones, even if it only happens subconsciously. So don’t be afraid to seek out inspiration elsewhere.

That not enough? Well, read on, because we’ve collected 8 more ideas to help you become a more creative marketer and use marketing to boost your creativity (After all, why can’t one hand wash the other?). Then all you’ve got to do is write it down well and you’re golden!

There is nothing quite as useful to boost your creativity as collecting together things that inspire you. So start a scrap book, buy toys and cool gadgets, and bookmark the competitions and the awards pages so that you’re always aware what the best in the market are doing. Really get stuck into what you’ve collected. Don’t just admire them either, but analyze them and distil them down to find out what makes them great. Then try to take these things across to whatever you’re trying to do.

In fact, absurdity and caricature are always worth considering, even as just a way to break your normal frame of reference. Absurdity can be very funny and can expose underlying assumptions. Similarly, you can use caricature to poke fun at your own business and thereby reveal to your audience that you understand how they perceive you – and in the process score points by placing yourself slightly above those who don’t have this understanding.

The way to do this is to take whatever is most notable about your industry, for example if you’re in writing that you’re poorly dressed and in IT that you’re a geek, which can be drawn into the absurd by letting the writer come to a meeting in only underwear and the IT specialist refusing to take off his Darth Vader mask.

#3. Look at the competition

As already mentioned, as there is no such thing as anything truly original in creativity, you shouldn’t be afraid to look to other areas for inspiration. The competition is, therefore, a great source of new ideas.

If you want to be truly clever about it look at what they did five, ten or even fifteen years ago. These ideas have already slipped from the memory of your audience (and possibly even the memory of your competition, with those people responsible for that ad campaign having moved away or retired). Therefore, if you successfully manage to modernize it for your own ends, your ideas will once again look original.

If something is truly interesting to you then you’re willing to spend time thinking about it. That’s a great way to inspire creativity. Therefore, if you like something, try to use it in your work. If some company wants an ad campaign, find some way to connect what you’re doing to what they want. Sometimes it’s a stretch. Sometimes it doesn’t work. But just sometimes you might come up with something genius – and then you’ll get to work on what you love and be the person who thought up a great idea.

Maya Angelou famously said that there were two minds, a big mind, and a small mind and that if you could occupy the small mind then often the big mind could come up with the great ideas. For that reason, she often took a step back from what she was working on to play cards or distract herself in other ways. In this way, she could let her big mind have the space to think it needed.

You can do the same thing. All you need to do is sometimes give yourself a little bit of space to let an idea gestate. Now I don’t advise that you do something that occupies all your attention (both your big and your small mind as it were). Instead, find something halfway, be it going for a run, talking with a friend, or reading something educational. Then, sometimes, something will change, a light will shine, and everything will click into place.

Creativity is about lateral thinking. That means that it’s not about ‘yes’ or ‘no’ but about seeing how far an idea will stretch before it becomes meaningless. It’s important to remember that even a ludicrous idea might be a stepping stone to something fantastic. So don’t be too critical of your ideas. Instead, write it all down. In the end, you might only need one idea, but that doesn’t mean you can’t list a few hundred on the way to get there. And just because you’re putting it on paper doesn’t mean you’re committing to anything. So have fun with it!

Especially seeing as fun broadens the mind even while negative emotions narrow it. And as creativity is all about having a broad perspective, fun is what we’re after. For that reason, try to reduce stress and negative attitude and instead, create an open welcoming atmosphere, where you’re just enjoying the process and not necessarily that worried about the outcome. (That’s why it’s a good idea not to wait until the last minute to come up with your campaign). You’ll find that this is immensely useful if you’re trying to be creative – and besides it’s more enjoyable.

Though brainstorming might have been resigned to the history books that doesn’t mean bouncing ideas of other people isn’t going to work. Some of the most creative sessions I’ve personally had have been with other people. What’s more, they were fun and as we’ve already covered, that matters. So work with other people, be it one on one or with a small group. You can even try crowd-sourcing. Just get other people involved. They don’t have to be creatives either. Sometimes people from the street will have ideas that we never had, due to theory induced blindness. All you’ve got to do is give them the idea that whatever they say won’t be laughed at.

Creativity is elusive. It happens when you least expect it. For that reason, you can’t just decide to ‘be creative’. It’s something that sneaks up on you. All you can do is to give it the space and the fuel it needs. You can do that by drawing lessons from other sources, allowing a space in your mind for the ideas to gestate, or having the right attitude and catalysts in place to allow the fire of your creativity to grow into a true blaze.

Creativity is also a muscle. You’ve got to keep practicing it. You’ve got to keep working at it. The best advice I can really give is to bring creativity into every aspect of your life. Don’t be afraid to think about mundane things in new ways. This will create a feedback loop and allow you to be creative when you need it, as that’s simply how you look at the world. When you can do that then you’ll not just grow your creativity using marketing, then you’ll grow your creativity using every aspect of your life. Now what can be more exciting than that? 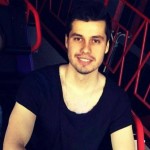