How ConvertKit Are Pioneering Honesty in the Workplace The idea of everyone being open and honest with one another in the workplace may sound like a pipe dream. It may be a nice idea to strive to or a pleasant tagline for company meetings. However, no one actually does it, right?

Meet entrepreneur Nathan Barry, who runs the e-mail marketing company ConvertKit and who has made it his mission to prove that honesty really is the best policy when it comes to a professional environment.

The idea came to him, as he recounts in his blog, on a trip up in the mountains of North Carolina with four friends. He began discussing “a friend’s business and what we thought he really should do”. Having discussed the subject at length, he reflected: “for a second, I almost felt guilty for the comment. It was like gossiping about someone who wasn’t there. But actually, our comments and feedback were helpful. If I were him, I’d want to know.

“Then someone… said the idea that would result in the most valuable time of the weekend. “What if we talked about each other this way — but when they are present? That’s it! We all got excited.”

This idea is so simple that it almost seems it would be impossible for a business to see such significant improvements from such a straightforward concept. After all, if it really were that easy, every office across the globe would be doing it. Some critics may also be concerned that such a policy of honesty could breed a culture of resentment and judgment.

Barry addresses this, saying: “we all think of things each other should be doing, but don’t say it out of politeness. It’s considered rude to walk up to someone and give them your opinion on everything in their life.”

While Internal Communication within organizations is normal, this idea of promoting total honesty may seem radical to some.

The benefits and advantages of workplace honesty

“This kind of practices really work as we’ve seen first-hand”, says Pip Murr, Chief People Officer at from Me Learning. The company recently published an article highlighting research into how being more upfront with colleagues does offer substantial benefits.

A study by Arthur J Gallagher & Co on the subject of Internal Communication within organizations concluded that “companies risk being short-sighted if they view employee communication as a cost center rather than a revenue driver”. Furthermore, the money spent on improving feedback between employees is an investment which can improve morale and reduce employee turnover. Therefore, this creates better productivity and has a net positive result on the effectiveness of a business.

To come to this conclusion, the study first noted that 86% of organizations have their internal communication faculties dealt with by other departments. Most notably, these were public relations and marketing. In fact, some companies went so far as to label their Internal Communication as ‘Internal Marketing’ or even ‘Internal PR’.

While obviously important, PR and Marketing are vastly different to Internal Communication. The vital organizational function of clear and concise communication, therefore, may not be fit for purpose in many instances. Data from the survey backs this up. Just over half (51%) of respondents agreed that the integration of internal and external communication functions meant to create better alignment just wasn’t happening in practice.

Put simply, this attempt to push together external and internal communication isn’t working out as it should.

A lack of insight

Another key piece of damning evidence is the lack of care when it comes to evaluating Internal Communications. A mere 40% of IC Specialists view it as very important. Considering the focus of the profession, that figure is staggeringly low.

It should be no surprise then that 27% of Internal Communicators only report on things like audience uptake. This means that the only information they are getting is on top-level details, like how many emails have been opened. As a result of this, a quarter of these organizations have no information about how their employees are actually engaging with the company. They don’t even have access to any insights into their well-being. As noted by HR Technologist, something as simple as an HR department asking for feedback on employees’ welfare can help to boost workplace morale.

These kind of systems are obviously below par. They also have the potential to lead to lower productivity and greater turnover in some instances. After all, if an employee has an issue and it is not dealt with efficiently and promptly, then that problem would at best remain unresolved and at worst, cause further issues. This could then increase employee disengagement, creating a more negative work environment for everyone involved.

When you consider the state of Internal Communications in many organizations then, convert its philosophy seems a lot less radical and a lot more like a breath of fresh air. Right now, many organizations are falling seriously short in this department, and many would conclude that improvement is necessary.

How have ConvertKit gone about solving this issue?

The solution is actually pretty simple. Two times each year, the ConvertKit staff meet up in small groups for an Internal Communication session. This may sound like standard practice. The difference here though is not only the focus on honesty but that for most of the time, the subject of each 15-minute session isn’t allowed to speak.

For ten minutes, each member of this 35-person company is given direct feedback as the team speaks openly about them. They then have five minutes to ask questions and respond back. These exchanges are aimed at getting constructive criticism in order to improve productivity. They are intended to be a positive way of improving both people’s work output and overall work life.

So, how is it working out?

The results have been extremely impressive, with ConvertKit making $9.5 million in revenue last year. This represents more than a 100% increase in their profits from 2016 when they made $4 million.

Barry himself believes that this unique policy is a big part of that success. Despite initial reservations by members of the team that it would be a judgemental, negative experience, the sessions have become a vital part of ConvertKit’s growth. This philosophy also carries over into their open book policy, where employees can look up company expenditures.

The HR Department notes that honesty can be good for business, as well as for its employees. Many clients and customers check how honest a company’s name is before agreeing to do business with them. They note that: “Maintaining this [honest] reputation will have a ripple effect and over time you will see more customers gravitating towards your company.”

Plenty of companies wouldn’t dream of following in such radically transparent footsteps. However, there’s little doubt that a lot of current Internal Communication practices leave a lot to be desired. Many could learn a lesson or two from ConvertKit’s way of doing things.

an employee with a handshake,– stock image 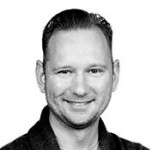