Why Business Is A Lot Like The Backstreet Boys

I did something last week I feel guilty about — I attended a Backstreet Boys concert over the weekend with my girlfriend, some family members, and a group of friends. It was outside, the weather was great, and the music was catchy enough (and familiar enough) to enjoy. So, it’s a little bit of a shocker that amidst all the screams of “I love you Nick!” and “Marry me Brian!”, I was thinking about my own business, and particularly about how great businesses are actually a lot like the Backstreet Boys. Before you scoff and snicker at the suggestion, let me explain.

The Backstreet Boys have sold 130 million records worldwide and now have 9 straight top 10 records (yes, it’s true). Some people rationalize these results by claiming the Backstreet Boys got lucky; that they caught a big break at the beginning and parlayed that into a fervent and loyal fan base.

But luck doesn’t explain selling records to the tune of a third of the entire US population and having 9 consecutive top 10 albums. There has to be something else at play here, something all businesses can learn from to match the long-term success of the Backstreet Boys. I’ve got my own ideas, and here they are:

# 1. The Backstreet Boys know exactly who they are

This is actually one of the biggest reasons for the longevity of the band, and for longevity of successful businesses.

Think about all the changes in advertising (AdWords vs newspaper ads), in music (iTunes beats out retail music stores), and in retail (flash sites like Gilt). The music industry has seen the biggest transformation of all, from the way people buy and enjoy their music to the changing fads and tastes of the music itself. Record stores and Walkmans were all the rage, now it’s all about iTunes and iPhones.

Ten years ago, boy bands dominated radio airplay, now you’ll be lucky to hear a single boy band song on popular radio stations. The Backstreet Boys had every reason to change – the world was telling them to! They certainly could have changed, and many other bands probably would have. But instead, they remained true to what they are, a boy band singing pop songs, despite stats suggesting that both boy bands and pop songs were becoming less popular by the day. They remained the same because this is what they are, this is what they know how to do, and this is the only thing they do well.

The truth is, the world changes, and in some ways it almost conspires to dissuade companies from staying true to their convictions, values, and purpose. But the really great, long, and enduring companies know who they are and what they offer to customers, and stick to it.

# 2. The Backstreet Boys know how to market

In the year 2000, just before the band released a new record, the Backstreet Boys launched a clever worldwide marketing initiative to attract attention for the new record. They visited 6 continents in just 100 hours (55 of which were in the air aboard their own Boeing 767 jet, and 45 were on land doing interviews and performing songs). Their jet had “Backstreet Boys” painted across the body of the aircraft, making the marketing campaign even more public.

Which brings me to my point: great companies know how to market. They know how to get people talking about their products and services in unique ways. They are so many great examples of companies with transformative marketing campaigns, among them: Apple with “Think Different”, Budweiser with “Wassup!”, and Domino’s with “Oh Yes We Did”. The trick is to make a marketing campaign public and easily recognizable, like Backstreet Boys did with the large lettering on their aircraft.

# 3. The Backstreet Boys stay at it for a long period of time

In order to have 9 straight top 10 records, a band first needs to record and release 9 records. That is not an easy feat, especially when you factor in all the touring and marketing a band does. Furthermore, it’s even more difficult to keep creating records people will like enough to spend their hard earned money on.

Great businesses are filled with hard-working people, looking to get better one day at a time for a long period of time. Take a look at Walmart, a company founded by Sam Walton in the modest town of Bentonville, Arkansas, and now one of the biggest companies in the entire world. Here’s a quote about Sam Walton by eventual Walmart CEO David Glass: “First, he gets up every day bound and determined to improve something”. The secret for long-term business success is to work hard at improving it every day.

The Backstreet boys have released 9 records in 17 years, and have gone on 12 tours in those same years. That’s a lot of effort put into their craft, and that’s what it takes for a business to be successful. And although the results may not be so apparent right away, the businesses that succeed and prosper in the end are those that work at it everyday.

Combine that hard work with a dedication to your core beliefs and the sky is the limit. Just ask the Backstreet Boys. 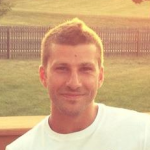