How Visualization and Other Mind Tricks Can Help Entrepreneurs Focus Can visualization help entrepreneurs? When the biggest problem for any entrepreneur is noise, mind control is the ultimate weapon. The years of struggling for your business to withstand challenges gave you strength and determination to chase your goals. However, sometimes it can be too much to handle. There are always employees, emails, administration issues, phone calls, clients or partners and each of them is trying to catch your attention in their vertigo of problems. Once you lose focus, you lose control over the bigger picture, and your energy drains for trivial matters. This is why we’ll crack down the lesser known power of visualization and other mind tricks that can help young entrepreneurs focus on their business.

Some people may be skeptical about this whole idea of just visualizing your most desired dream, but that’s one step to reaching it. After years of research, scientists have not yet cracked the mind, and it is still an unknown domain for all of us. However, we witness the power of our thoughts daily. When we want something, such as more time off or a raise, most of the times it happens. By visualizing your intention, you will create a serendipity effect.

There’s even a psychological phenomenon called Baader-Meinhof. It defines something that we just intuit without rationalizing it. For example, you talked with your friend, and she is so exhilarated about her new red car that you start feeling the same. Her new vehicle has everything, leather materials, cameras around the car, built-in night vision, automatic brakes to avert a collision, and it was a bargain.

These all sound like a dream, but you have your reliable car, so you forget about it shortly after. However, the next day, you bump into such a car in traffic, and you smile while remembering your friend. And then something more intriguing happens. You bump into the second and third such car. The next thing you know, your friend’s car model invaded the entire city.

And here is where the Baader-Meinhof phenomenon kicks in. The fact is that in just one day, nothing changed in the city. There’s almost the same number of cars as yesterday. What changed was your perception. Your mind received such a perfect visualization of the described car that it created this frequency illusion.

There are two psychological processes that trigger this mental phenomenon. First of all, your selective attention automatically activates when you are surprised by a new idea. When we hear some words, we visualize the concept behind its meaning. Dog, cat, car, they all receive a quick visual translation in our minds.

People might guess that they think in words, but they use flashes of images to create their thoughts. Our brains are so efficient that we quickly let go of a picture to move to the next one. When your friend described her car and its details, your mind was building a visual replica already. Once it received shape in your mind, you are unconsciously keeping an eye for it in the real world.

The second psychological process is the implanted idea that the car has gained omnipresence overnight. This is called confirmation bias when your mind is looking for proof everywhere of its existence. And that’s where the beauty of this entire psychological phenomenon is. When the mind cannot find evidence, it will urge you to create it. So, if you want to earn more money, your mind will bring into your attention methods of gaining more income.

Now, imagine what entrepreneurs can do with the Baader-Meinhof process for their business. When they visualize their end goal every day, their mind will work outside the conscious dimension to get them closer to their projected aim. However, first, they need to understand and build an imaginary replica of the exact moment when they will triumph in their company.

Let’s say entrepreneurs want to run the number one company in their city. It is not enough to think “number one company.” What they have to do is build every detail of this accomplishment in their mind. How exactly will their business work the day it reaches the top of its field? When they understand what a successful business looks like, they will rethink their teams, protocols, and workflow. While they will come up with new processes to implement to attain their one goal, their mind creates the Baader-Meinhof phenomenon and will search for proof that their goal is achievable.

However, the mind must reach a high level of focus where the road is not disturbed by anything else. And that’s the challenging part of an entrepreneurial job. When there are thousands of daily problems you must solve, how can you stay focused on one supreme goal only? Mind tricks will help any entrepreneur avoid being swallowed in petty jobs while running an efficient business.

We are not senseless robots that can work 24 hours a day without interruptions. We need time to replenish our energy, and we experience a broad range of feelings every day. Entrepreneurs are not an exception to this rule. However, sometimes their negative feelings may clutter their minds, which can lead to bad business decisions. Every little detail can build up annoyance.

Even though we like to think that we can distinguish our personal life from our professional career, we are not there yet emotionally. It is hard to shut down your feelings and regain a composed mindset that is necessary for taking important decisions. However, many people will come to realize that if they ignore what they feel, they will soon become overwhelmed by their emotions. Sooner or later, they will react according to their feelings instead of logic.

A mind trick to avoid these situations is to embrace your emotions. For example, if you are feeling frustrated that you realize you will react in a negative way in the upcoming meeting, don’t pursue your tasks without dealing with your emotions first. Take a moment before the staff meeting and understand the cause of your frustration.

Usually, when you feel this way, it is actually how your mind tells you that the current method to satisfy your needs is not working. So, instead of avoiding confrontation, you should adopt a proactive attitude and solve your need. If entrepreneurs don’t take measures, their direct link to the entire business will send that frustration to their teams, and productivity will come to a halt because of discontent.

So, whatever entrepreneurs feel frustrated about, they have to solve their problem in a rational way. Instead of redirecting those powerful feelings to team leaders by making them the cause of their anger, business people should accept their emotional state. Once they find a solution to the origin of their inner turmoil, their mind will find no more distractions from its ultimate purpose.

Snipers are the most effective elite units in an army. They have to take precise aim while staying completely still and unseen. This can be harder than it sounds. Snipers must carry equipment that weighs more than 75 pounds, which makes it almost impossible to avoid making noise and stay focused in an exhausted state. Despite all these setbacks, they can still carry out their job thanks to one trick that enables them to eliminate all distractions.

Snipers are instructed that whenever they feel too much pressure from stimuli like exhaustion, heat or heavyweight, they should become mindful immediately. So, they take a break. During this time, they have to stop, look, listen, and smell.

They discover that the thought of their task being an impossible mission was just an illusion. They regain control over the situation and refocus on the primary purpose. This will stop them from reacting to the external environment and concentrate again on their task. This is how snipers become invisible even though they are exhausted and carry a heavy burden.

Entrepreneurs can apply the same trick to their business. Every day, they get to manage their teams, discuss issues from marketing, production, sales, or other departments, come up with solutions, and keep the partnerships going with constant conferences and phone calls. The problem is that more than half of these daily tasks are not contributing to the primary goal. The Pareto principle tells us that only 20% of our work will contribute to 80% of quality results.

So, to activate the Sniper Effect, entrepreneurs can set their alarm to go off every 2 hours from 8 AM to 8 PM. Once they hear the alarm, they must stop, look, listen, and smell, which will allow them to go in a mindfulness state. By using this trick, entrepreneurs can rewire their mind to focus on what matters, and avoid unnecessary energy draining tasks.

Visualization and other mind tricks are a powerful mind phenomenon that can guide entrepreneurs to focus on their business. Once it receives a goal, this inner process will adapt and even change your mindset to attain success in the most efficient way. However, your mind should be clear to not lose sight of the main purpose. This is why tricks like mindfulness and gaining control over your emotional state are important. A clear mind and purpose will open the doors of opportunity to anyone. 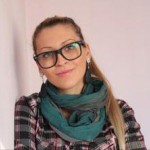