The Possibility Of Business Failure More and more in recent times I’ve found myself turning the notion of business failure over in my mind. Mainly because, even at the pinnacle moments of success, we all still have that little pinch or pang of fear that it might just go wrong. In some respects, this isn’t always a bad thing – indeed I would be an advocate of nurturing a little edginess to stay sharp… however, the extreme fear factor is one to watch.

In 2010, the SFA reported that one in five people feared starting a business on the basis of failure and bankruptcy. Given that SMEs are held as the ‘backbone’ of the economy – this aversion to start-up on the basis of failure points to a deep concern regarding the ramifications of business closure. And why would this be? Well, for starters, entrepreneurs with business failures / closures are ‘virtually ignored’ [Irish Examiner, 2012], and in most cases suffer being tarred with a ‘failure brush’ which means they are bad news for financiers, banks and other institutions.

I must make it clear that this is not to suggest that financing every business idea with absolute abandon and zero due diligence is the right attitude – however, a more clear understanding of the nature of SME development is key. For an attitudinal comparison, it’s worth noting the fabled ‘unique nurturing environment’ of Silicon Valley, which provides a very different attitude to failure [Brown, 2008]. In this context, it is highlighted as exemplary in the view that “attitudes to financial risk and the acceptance of the possibility of failure are vital ingredients for innovation”.

There is no ignoring the fact that entrepreneurial capability is strong in Ireland, but our cultural attitude, on the other hand, is not so strong.

What follows is my aforementioned colleague, Kehlan Kirwan’s story of possibility in failure. I think it’s a brave and clear testament of just why change is paramount, in our attitude to the possibility of failure:

“I came back from England to start a new business. A business magazine designed just for SMEs. In hindsight it was the wrong time. It was 2010 and advertising in the media was going through its worst slump ever. Eventually we had to stop and put an end to it.   But in that time we started doing podcasts on our website to generate more content for our readers. Along with a good friend, Conn O’Muineachain, we developed a podcast series.

Fast forward to today, where I produce and present the Small Business Show alongside Olwen and Brian. It’s broadcast every Saturday and has grown to over 21,000 listeners a week. Would we be here if the magazine didn’t fail?

I have never seen the magazine closure as a failure. It gave me new insights and new avenues to explore. We are now looking at re-branding and introducing a new style of video presentation for businesses to use on their website, social media or Youtube accounts.”

When your business fails, you are not a failure. It can be difficult to believe that failure can bring you somewhere better, but it can. We learn by failing not by getting things right all the time.

Here in Ireland we have an inherent belief that people who fail in business are themselves, failures, destined to forever be failures. But when we look at other countries, like the USA, in many circles failing in business is a badge of honour. Offered up like a cup coffee – ‘Yeah I failed, but look at what I learned’.

Leadership and Communications Consultant, Susan Tardinico, offers an insight into this. She says that failing is about taking stock and learning:

“Look at the failure analytically — indeed, curiously — suspending feelings of anger, frustration, blame or regret. Why did you fail? What might have produced a better outcome? Was the failure completely beyond your control? After gathering the facts, step back and ask yourself, what did I learn from this? Think about how you will apply this newfound insight going forward.”

Unless we learn to embrace failure in Ireland, we cannot foster ‘entrepreneurial spirit’. We need to help people recycle their entrepreneurial talents into new ventures, startups and ideas. It brings with it a new way of looking at problems, from new angles and with renewed impetus . We need to learn from our failures, not hold them against people like damaged goods. Failure is only failure when you fail to learn from your mistakes. 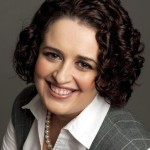 4 Secret Weapons To Help You Bounce Back From Business Failure