I was in the airport at Newark, about to take an airplane to California. A traveler next to me pulls out a bottle of Purell® hand cleaning solution, and bathes her hands like she’s going into surgery. She offers, “Newark is one of the five US airports receiving people from Africa with Ebola!”

I had no idea what was going on in this airport. I’d been driving cross country for the past two weeks visiting relatives and meeting with my book editor. The fear on all the TVs in the terminal was contagious. I’ll admit I began to feel scared. The odd part was I know, with my master’s degree in public health, that an exchange of bodily fluids is required for virus transmission.

After using her hand sanitizer, I walk directly to the nearest Hudson News shop in the terminal to buy my own bottle of Purell. I remarked to the cashier, “Seven dollars for a small two-ounce bottle of Purell…how can they do that?” The clerk locked eyes with me and with a certain tone in her voice, replied slowly, “Because they can.”

Back at my seat in the terminal, after hearing about the price of this tiny bottle a woman flying to North Carolina said, “I paid 99 cents at Target for the same size two ounce bottle”.  A second passenger added, “I paid a dollar for the same bottle in California.”

Is this news hype or a real crisis? An article in The Economist of October 18th 2014 reports, “The World Health Organization fears 10,000 new victims a week by December, perhaps 70% of whom will die. Its chief calls the epidemic ‘the most severe acute public health emergency in modern times’.”

Almost 4,500 deaths have been recorded: the actual number is much higher. The epidemic is still rampant, destroying communities as it goes. It has spread sporadically to other African countries and to Spain and America.

Instinctively, the hair on the back of my neck stood up. On one side of the balance scale was an international medical pandemic and on the other side of the scale was the crazy $7 bottle price. This made my head hurt, at first I didn’t know why.

Pricing shows management’s true thinking and intentions. Was this small incident in reality the “surface symptom” of a larger problem and part of a longer trail of past similar behavior?

This bottle’s pricing was probably a leadership team decision at Hudson News shops, which is owned by The Hudson Group, a subsidiary of Dufry AG (DUFN) of Basel, Switzerland. The company operates over 1,400 stores in 45 countries and in 180 airports.

I’ve been in corporate life for over 30 years, and I’ll put my stake in the ground and state that when company’s management does this kind of price increase it didn’t happen overnight and wasn’t done by a rogue employee. It had buy-in up the Hudson chain of command.

Public corporations like Dufry need leaders who can shake the trees, rattle cages, and get things done quickly. Public companies look favorably on people who appear to be strong, calm, and possess supreme confidence. But those who promote and hire mistakenly can attribute “take charge labels” to what are actually dominating behaviors. Taking charge to get others to do what you want is good management, but it can also hide well-packaged bullying.

The single most identifiable character trait of executives or managers, who prey upon captive vulnerable airport customers, is a high degree of manipulation because they appear to be built without much conscience. This leads us to the uncomfortable realization there is no “fixing” people like this. Given that there is no rehabilitation of these troubled souls, experience demonstrates they need to be removed from the organization before they perpetuate more company grief.

Highly manipulative leaders get away with getting and granting huge quarterly bonuses by driving short term profits – usually for a short while. But large public companies like Dufry AG are machines – built, maintained, and expanded based on the wheels of relationships greased with trust – internally with employees and externally with customers.

The real danger for the Hudson Group is if this management team is going to be this greedy with this very visible product pricing (and not concerned with the public relations potential fall-out) – how reliable is this group in more important aspects of corporate stewardship? If they are going to prey on customers held captive in an airport terminal during a pandemic of an infectious disease that kills half its patients – it is far less of a moral dilemma to deceive suppliers to drive down product cost to than it is to receive a raise or manipulate the division’s contribution margin to get a bonus.

The management team at Hudson could have done something spectacularly positive like giving the bottle away for at or just above their cost, an act which would have generated tons of goodwill and amazing free publicity internationally. It is ironic that the apparent bullies on the Hudson leadership team, who think they are so smart for price gauging, will never ever understand the long-term sales opportunity lost, the alienation of all those captive customers, and the free public relations coup that could have resulted.

This crisis at Hudson is a terrible thing to waste…and there is a $7 solution.

Love to hear your thoughts… 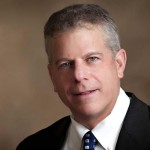 5 Steps To Price The Products You Aim To Sell