Some weeks ago I happened to be watching a programme on TV3 when an item came up the really piqued my interest.  Strangely I rarely watch TV3 and watch morning TV even less, so perhaps this was providence!!

The item in question was about families, and more specifically birth order in families.

Alfred Adler first developed this theory – suggesting that birth order impacted on personality and thus behaviour.  Importantly though Adler wasn’t saying definitely that where you were born in the family is necessarily the decider but rather the position you fulfil(ed) within the family.  Many others have developed the notion further and equally there have been critics who disputed its relevance.  I have no doubt that this is something you have heard about before, even if on a sub-conscious level.  You may even have referred to others as “a typical first born” or “typical youngest child”.

It really made me think because here’s the thing – I am a middle child. But I am also a youngest and oldest.  Why?  Well for the first 10 years of my life I was the baby of the family – I have two older brothers who still treat me, to some extent, like the youngest.

Then another two siblings came along making me the middle child. WIthin 6 or 7 years my older brothers had left home and I became, de facto, the oldest.  To a large extent this is a role I still fulfil within our family. So how do I compare to the general theory?

First Born – They tend to be more educated and have a higher IQ than their siblings (in fact there is a suggestion that IQ decreases exponentially with each sibling.) They are often given or assume responsibility for younger siblings and essentially can often act as the surrogate parent. They are often over-achievers, striving to meet their parent’s expectations and always being required to set a good example. As a result of this position of leadership and power they are often bossy – think an autocratic management style. They get more attention from their parents, building confidence.  They are often “tutors”, sharing learning.  They can be very responsible and willing to help out others.
Second Born – Typically they are very independent and competitive particularly with the older sibling and sibling rivalry often develops in an effort to assert their position.  Constantly strive for equal treatment and can feel aggrieved where they perceive this hasn’t happened.  They may sometimes be seen as a rebel for trying to redress the balance.  They can be quite expressive and creative.

Middle Child – Also independent but tend to be more agreeable and accepting of situations. They tend to be caring and nurturing, take an objective view in family squabbles (seeing all sides of the argument) and are generally the peacemakers.  They are not attention seeking (mainly because they don’t see the point – they are resigned to their position).

They can be less decisive and less connected often with a tendency to secrecy.  They often keep their true feelings hidden because they don’t want to “rock the boat”.  They tend to be good listeners, good friends and are very flexible and adaptable.

Last Born – The “pet” – frequently spoiled by the whole family. Others tend to be protective of the youngest and regularly make allowance for behaviour, no matter how outrageous.  As a result the last born are accustomed to getting their own way and expect this to happen.  Consequently they are rule breakers, more adventurous, push or ignore boundaries and can be seen as irresponsible. They are often very charming and use this to their advantage.

Well personally I would say that I fulfil the roles of both first born and middle child within our family depending on the situations and that I certainly display most of the traits associated with those positions.   While I would not consider myself autocratic in terms of management style I can (somewhat shame-facedly) admit to having a tendency toward bossiness from time to time! I am definitely a leader and will often take the lead or steer something forward.  I am most definitely the peacemaker, the person who can look at both sides objectively and find a way forward. Perhaps this is why I am good at conflict resolution.  Truthfully I don’t see any Last Born traits now, although quite probably these were more identifiable in my younger years.

So why am I talking about this subject at all? Well it got me thinking that if Birth Order does indeed impact on our behaviour in one setting – family, isn’t it entirely possible or indeed likely that it impacts our behaviour in other settings like social groups and, more importantly, work.  And if that is the case, should we identify how this impacts on our ability to manage and lead, how it relates to the likelihood that a particular individual will be a good leader or manager, the extent to which it might impact our efforts to introduce change or apply procedures.  The list is endless.

I can’t help casting my mind back to the people I have managed over the years and matching this theory to their personality and behaviours.  It makes for some very interesting thoughts.

There is of course one other category, Only Child.

Only child – Only children are typically the centre of their parent’s world.  They are always the centre of attention and expect this as the “norm”.  They can be very spoiled and self-centred, have an “it’s all about me attitude”, lack concern for the needs of others and are often reluctant to compromise or share.  On the plus side they can be very confident and reach intellectual maturity earlier.
Now we have all known people who would reflect these traits, whether inside or outside work.  Whether these can, in some way, be attributed to Birth Order Theory I will leave to you to decide.  But think about this – if you were aware of an employee’s birth order, and (if you sign up to this theory) therefore the traits they were likely to display, could you manage them more effectively, play to their strengths, avoid conflict  and generally have a better and more successful working environment?  Perhaps there is even an argument for going back to asking some questions about family at interview…it could save you a lot of headaches!! (Wouldn’t stand up under equality legislation though!)

Look around you… how does the Birth Order Theory fit with people you know, work with, manage? 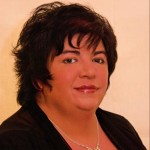