Having the skills to negotiate effectively can make all the difference in business, from dealing with banks to dealing with suppliers all the way down to dealing with customers and staff members. If you have the ability to negotiate properly then you can bank on things going your way a lot more often. There are some minor differences between negotiating online and negotiating offline, so we`re going to be comparing the two and also offering some general advice to help you with negotiations both online and offline.

The major difference is that in offline negotiations, you`re face to face. Online, you can “hide” behind the computer screen so to speak. Even a video conference online isn`t the same as being face to face in the real world where you will have a much easier time picking up on someone`s mannerisms and body language.

If you`re strategically-minded, this can be a big advantage but if you`re not then it can be an advantage for them. In face to face offline negotiations, you`ve got to think fast and always be on your toes, you`ve got to be well-prepared and to really know your facts inside and out because you won`t have a chance to open up a search engine to do any last-minute research in between emails.

When you`re negotiating online, it`s all about making sure your message is clear. Re-read what you`ve written before hitting send and make sure that it can`t be interpreted in the wrong way, remember it`s really hard to convey sarcasm online and it`s impossible to convey your tone of voice. Don`t leave things open for interpretation, make sure that what you`re trying to say is loud and clear.

When dealing with people online, sometimes people have the tendency to be a little bit more brave in what they`re saying and, in turn, a little bit more rude. It`s important to never end a negotiation disrespectfully, even if it isn`t going your way. You won`t always get exactly what you want, but if you`re calm and patient things will usually come around. Sometimes it takes more than one negotiation to get what you want, but if you get upset and rude and start to burn bridges then you`ll never reach a mutually beneficial agreement.

When you`re preparing for an offline negotiation, make sure you are presentable. You don`t need a team of fashion and makeup experts to dress you, but you also don`t want to look like you just rolled out of bed either.

Eye contact is important, but it`s really difficult for some people. Making eye contact lets someone know that you`re on their level, that you`re confident, and that you`re here to get what you came for. Remember, the goal here is to reach a conclusion that benefits both parties by working together. Be creative! Think outside the box, what else can you offer them or what else could they offer you to sweeten the pot that`s not necessarily obvious from the outset? Creativity is a key element to many very successful negotiations, and by thinking and planning ahead, you can give yourself the edge.

The Importance of a Well-Trained Staff

Imagine if all of your employees were very skilled negotiators, imagine how much better interaction with customers and clients would go. Many businesses have employees that will bend over backwards for special requests when customers threaten to leave and go to a competitor, which results in competitors racing each other to the bottom which is good for the customers but it`s bad for business. When your staff can negotiate with these customers in an effective way that won`t offend them, and that can actually make the customers think they`re getting a better deal, you`ll be adding huge amounts to your bottom line.

It`s hard to deny the importance of negotiation skills in business, it almost goes without saying. What does need to be said, however, is just how valuable they can be, especially when you train your staff to be better negotiators.

Tweak Your Biz is an International, business advice community and online publication. Currently it is read by over 140,000 business people each month (unique visitors, Google Analytics, December, 2013). See our review of 2013 for more information.

An outstanding title can increase Tweets, Facebook Likes, and visitor traffic by 50% or more. Generate great titles for your articles and blog posts with the Tweak Your Biz Title Generator. 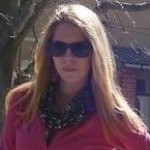