Is there a correlation between confidence and success? Over the past few weeks I’ve been struck by the amount of arrogance that surrounds us. This arrogance, or – to use a tamer term – confidence, is in the mainstream and used by those with an element of success.

This idea was reinforced when watching Body Language Secrets on Sky2. The programme discussed the link between confidence and money. It ‘proved’ the theory that money directly affects our confidence levels by conducting a practical test.

Eight participants were split into two groups. They then gave group one real money to count and group two pieces of money-sized paper to count. They then followed up by issuing a word quiz to each group. Group one’s quiz was money terms and group two’s was general terms.

Upon completion, the results showed that group two’s aggregate time was much shorter than group one.

According to the presenters, money gives us confidence. This confidence allowed them to keep their hand in the ice water longer.

It’s an intriging and interesting concept, but is it true?

Once I really began to think about it, I saw a definate correlation between confidence and success. Take Lilly Allen for example. While known for her singing career, her most discussed trait is her frankness. In fact, even after ‘retiring’ from music, her frankness is still a media pull (constant news features and new TV show) and makes her successful. Now lets consider Simon Cowell; the most hated X-Factor judge. His forthright and honest responses may be met with a few boos and jeers, but it’s made him extremely successful. His charactor has made him a celebrity. I could reel off a million examples – Michael O’Leary – boss of Ryanair, Lady GaGa, singer/songwriter……but you get the point. Confidence or arrogance is a sure money-spinner.

So how can we apply this is the business world?

Either verbally or via the web or media. Use networking groups, training events, blogs, videos; all means at your disposal. That way, others will view you as an authority figure. Be active In society, discussions and events. You need to be seen and be noticed for people to know and remember you.

Confident people share a devil-may-care attitude. In appearance, tone of voice, publicity or innovative ideas. Stand out from the crowd and take chances.

Stay true to your beliefs and statements. Be assertive. A confident person is sure, cool under pressure and prepared to defend their word or actions. This gains respect.

Be a bit cheeky

Ask for what you want. Use your fun side and banter. Be honest about all subjects. Tell it like it is.

Don’t compromise who you are, just let yourself shine through. By losing some of the fear and projecting confidence – the public will applaud you, potential customers will be drawn to you, competitors will shake in their boots, and success will be waiting around the next corner.

Share your experiences of when confidence brought you success. 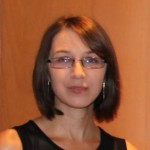