How Robots Can Be Humans’ Best Work Colleagues From the moment Henry Ford launched the first assembly line, the future of work was forever changed. Its standardized, repetitive functioning achieved a revolutionary level of efficiency. But humans aren’t suited for such repetitive, “mindless” work compared to our robotic counterparts, and we’ve been slowly surrendering jobs to machines ever since.

If you think of the job market as a zero-sum game, this history is worrisome, especially as the pace of innovation accelerates. A 2013 Oxford University study estimated

Bring in the Robots

Anyone who has had to pinch-hit for an out-of-office colleague knows how disruptive one person’s absence can be. But if a person can automate 45 percent of his tasks, that’s 45 percent of his work that doesn’t have to burden another employee.

I used a simple process to automate as much of my job as possible before my maternity leave:

For my role as a marketer, I rely heavily on the marketing automation software we’ve created at Underground Elephant. To plan for my absence, I took a deeper look at what was already in place to find opportunities that could be automated even further. By examining everything that I did on a daily basis, I was able to find additional tasks that need automation built and algorithms written. Our developers prepped our software for my leave so that creative deployment, bidding, budgeting, and delivery were seamlessly automated. Although not all of my work was fully able to be automated, the burden on my team was substantially reduced by the automated solutions we put in place.

Not everyone has the luxury of having dedicated developers to create robots for them. Luckily, there are a lot of third-party marketing tools available such as Marketo, Kensho, Marin, Salesforce, Brand Networks, etc.

Email was another essential task. Programs such as Boomerang, Salesforce, Pardot, IFTTT, and Cirrus for Gmail have automation capabilities that make sending email practically human-free. Gmail’s “Smart Reply” feature even lets users select auto-generated email responses with the tap of a button.

Companies are taking automation to a whole new level with tools such as Facebook Bots for Messenger, which allows businesses to automate entire conversations and sales with customers. Everything from booking hotel reservations to buying shoes can have the full customer experience with minimal human intervention.

These automation systems aren’t only good for employees when they’re on family or medical leave; they’re also great tools to have when you get back to work.

Robots Can Do the Grunt Work

Automation can also relieve employees of mundane, repetitive tasks, allowing them to focus on initiatives that require creative or strategic thinking. With our hands and minds free, we can spend more time figuring out complex problems, dreaming up new ideas, and reinvigorating tired processes.

Two million robots are projected to be in operation by 2017 — the man-hours they will save for creative productivity is incredible.

In a 2015 research article, the McKinsey Institute also quibbled with the robots-replacing-humans line of thinking. Their research predicted that few jobs will be entirely replaced, but that 45 percent of work activities can be automated today using existing technology. In the U.S. alone, this would represent $2 trillion in annual wages.

Such automation will affect jobs across all strata, even including CEOs, allowing companies to redefine those positions from top to bottom. For instance, automation won’t put financial advisors out of business, but it will let them spend less time analyzing their clients’ financial situation and more time exploring creative investment opportunities and explaining them to their clients.

Earlier in my career, I wouldn’t have been so enthusiastic about automation; I would have been afraid of automating myself out of a job. But as I’ve matured in my career, I’ve realized my value is much greater than the busy work I complete each day. Now that I’ve removed many mundane tasks, I am able to work on more important ones, such as new creative projects and new launches.

All this isn’t to say that automation won’t eliminate some jobs entirely. It will. But it will also create more opportunity.

Robots Are the Future

Advancements in automation have always produced a fear that the overall job pool will shrink. But these fears have proved unfounded. Banking, for instance, has become largely automated with the addition of the ATM and online banking, but there is still a need for bank tellers, customer support, and financial advisors.

Automation tools have come a long way in the past two years, but they still have a way to go. On the email front, look for the next-generation automation tools that can help you learn from your frequent replies to specific people in order to generate robust automated responses.

We can rebuild the nature of work — we have the technology. 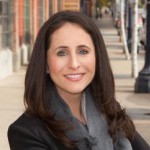 3 Keys to Gaining a Competitive Edge Through Spinouts 5 Factors To Consider When Offshoring Your Business

Why You Need a Restaurant Management System