What Are the Steps in the Disciplinary Process? Dismissal is a kind of “capital punishment” for an employee in a commercial company. How should it be applied? Which cases warrant immediate dismissal, and which cases need other disciplinary action? On the one hand, dismissal is not a productive step. The responsibility of education falls on the shoulders of family, educational institutions, and society. At the same time, the educational effect of the actions of the leader can be felt by the employee. The goal of the leader’s actions is not to educate, but to comply with the company’s corporate standards, which are entirely different things.

Alternatively, there are executives of whom dismissal from the company is the only material punishment; all other penalties come down to talking with the employee about necessary improvement. They later use these warnings as justification for losses of bonuses. Eventually, these managerial situations become a game of “parents” and “children.”. To avoid these situations, disciplinary action forms come in handy.

The ability to punish correctly is the direct responsibility of the leader. Few managers know how to do it appropriately and in a timely manner, but is an essential skill that every leader must master. It’s not pleasant to reprimand an employee, even someone who deserves it. If you are not going to fire an employee, then at least try not to ruin the relationship. Your main task is to have a productive dialogue and show the person where they made a mistake and how they could avoid a similar situation in the future. Disciplinary action forms are good interim steps between a “warning” and “firing.”

Remember that everyone makes mistakes. Your staff are not robots or machines. That is why it is essential to give timely corrections to inappropriate actions. Additionally, employees should know which consequences will follow, what needs to be done to correct this situation, and not repeat it.

For example, a manager was not able to ship products to the customer due to receivables but he did it anyway. Even though the customer paid both this order and previous debts, the employee still violated direct instructions. If you are confused about whether you should fill out a disciplinary action form or not, the answer is yes. Do it. All questionable situations should involve a disciplinary action form. Write it in the employment contract. The most important note: Never insult your employees. Your task is to stop wrong actions but not to humiliate someone.

“Temporary Freeze” as a Method of Hiding From a Problem

We all dream of “freezing” a problematic situation. If an employee has had 10 ‘last warnings’ that the manager has hoped would work, a temporary freeze only pushes the problem back. Instead, consider write-up forms for disciplining employees. The breakup will happen sooner or later, but if it happens too late, it is most likely after significant losses for your company and a permanently spoiled relationship with the dismissed person.

Many managers prefer to “freeze” problems, preferring to solve the snowball of issues sometime in the future. Why? At some point, the employee accumulates so many strikes that the manager reaches the boiling point. Eventually, the straw will break the camel’s back and you will be furious!

The main reason for these situations is a lack of managerial qualifications of the leader. You should constantly be giving clear feedback and documenting conversations and subsequent results. Did you ignore a change in an employee’s behavior? Why did you allow them to continue working after realizing that they hadn’t changed after disciplinary action?

As long as you keep the mindset that the employees are to blame, the same situation will be repeated over and over.

What should you do? Should you search for the 10% of people who work well under any leader? A more productive solution would be to answer the question, “Why do they need you?” Perhaps engage in improving your managerial qualifications. There are often situations where a manager cannot dismiss his subordinate. However, he has the authority to do so and has the power to raise the question of dismissal before a superior. if you do not have such authority, you are not a leader. 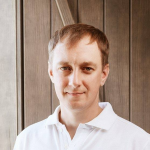