I’ve heard other businesses say angry clients can be so difficult, many won’t even bother to deal with them. I’m talking about the nasty, abusive, annoying son-of-a-gun you just want to strangle. You know who I’m talking about. You’ve seen them yelling at the Dunkin Donut’s cashier for making their coffee wrong. No one wants to do business with people like that, and if you’re in a position where you can afford to send them out the door, bless you. For everyone else, here are a few simple steps for defusing and avoiding a hostile situation.

So this guy is standing in your office yelling at you, and you really wish you’d remembered to hang up your “right to refuse service” sign. Maybe it’s the tenth time he’s done this, maybe you’ve never met him before. You don’t want to lose his business or let him run off to his friends and tell them all about how you kicked him out of your store. Before you decide to do the former, think about a few common reasons people get angry.

While it might not feel like it, the situation is, at this moment, entirely within your control. You can solve the first issue by listening. Some people call it “active listening” but I call it “actually listening”. Don’t just lean forward with your body language, nod, and say “Ok… mhm… alright… I hear ya.” Commit what the person is saying to memory. Take notes. Somewhere hidden beneath the angry rant and abusive language that you are oh-so-heroically enduring is the KEY, the answer, the one way out of this hell.

If they’re angry, apologize. It’s not admitting wrong-doing (although in most cases, that helps). It’s enough to say you’re sorry that they feel that way, or you’re sorry for the confusion.

Promise You Will Do Your Best To Make It Right

Notice how noncommittal that actually is. You’re not promising their money back or anything. Keep the cards in your hands, don’t give them anything except the promise to do your best. Only when they have finished speaking, offer the solution.

The art of ending, avoiding, and “winning” arguments hinges completely on whether or not the other person thinks they are right. This is a bit of a conundrum because they’re often wrong. Then, you try to correct them and thus, the argument starts. When corrected, a person naturally becomes defensive. To be wrong would wound their pride and intelligence. As long as you keep saying they’re wrong and you’re right, they will keep fighting you. Winning them to your way of thinking requires tact, diplomacy, and a sincere sympathy for their point of view.

Here’s the scenario: A customer says something that was factually wrong. Before we go any further, is it possible to simply let them be wrong and move on? Can you let them think they are right, and continue as usual? It may seem strange, but get into the habit of letting the little things go whenever possible! Of course, this isn’t always possible. If you can’t just drop the matter, like water under a bridge, this is what you do.

So, they need to be corrected. This is extremely tricky, so I’ve broken it down into several methods, to be used as the situation dictates.

#1. Convince Yourself That the Disagreement Could Be a Good Thing

Chances are this isn’t going to be the last one, so right now you’ve been given an opportunity to correct whatever caused the contention. Maybe your company policies haven’t been iterated as clearly as they should be. Now that the angry customer has brought this to your attention, you can make a few changes to prevent any more incidents. Getting into this mindset will calm you down, and give you more of a “business as usual” attitude, rather than a defensive emotional standpoint.

#2. Focus on Whatever You Do Agree About

Take an inventory of all the places where you stand on common ground. Sure, they want to do things their way, you want to do things your way, but forget all that for a minute. You both want to accomplish the same goal. Reiterate that fact. As you do this, you are no longer arguing.

#3. Admit Every Single Instance Where You Were Wrong

Seeing how nobody is perfect, if you dig deep and swallow your pride, there should be some kind of fault you can admit. For example: maybe the customer is completely mistaken about your policies, well then you should have made things clearer. This will disarm the customer. If you are pointing out your own wrongs sincerely, profusely, and apologetically, they will not likely jump on the bandwagon. Rather, as you admit your own faults, the customer will follow your example and admit his as well. This removes a lot of the hostility from the situation.

#4. Try To See Things From Their Point of View

Out loud. Or, at least, promise to do so at a later point, saying you need to look into the matter further. Say “Oh, I’ve never thought of it quite like that” or, “You could be right, I’ll look into this.” This shows respect. It will also compliment their intelligence and pride as you actually consider the fact that they may be right, even if everything inside you is telling you they’re wrong.

Every customer is important, let them know that. In order for a disagreement to occur, two parties must have had enough interest in each other to actually care what the other thinks. Thank them for their interest in your business and tell them how much you want to earn their confidence.

This is extremely useful, although not always possible. Remember that a lot still hangs in the balance here. You’ve just narrowly defused the situation, but the pride and emotions are still agitated. Even if it’s just for 5 minutes while you use the restroom, try to let things cool down.

#7. Never, Ever Tell Someone They’re Wrong

This seems crazy, I know. You’re thinking “How is that possible, what about all the wrong people!” You’ll come across people who are in-the-wrong every day, why shouldn’t you correct them? Because people don’t even listen to their doctors, they could care much less what you think. The average person is not going to change their mind just because you told them to. Being told you are wrong insults your intelligence, wounds your pride, and naturally causes you to become defensive and argumentative.

So, when someone is wrong what do you do? I’m not asking you to just ignore it (although don’t rule that out completely). There’s just a different way of approaching things. So instead of saying “You’re wrong” keep in mind 3 things:

Here’s a little template of what to say instead of “You’re wrong”.

“I thought differently, but I might have been wrong about that. How about we take a look at the facts so I can know for sure.”

I’ll tell you about a nice little trick I’ve used plenty of times. It helps when dealing with angry clients who are clearly wrong (although clearly less-than-knowledgeable on the subject), and their pride is at stake if you correct them. Like I said before, consider what they are saying, and let them know you’re trying to see it from their point of view. Act like you’re totally ready to accept their view as fact. Say something like “Oh, I’ve never thought of it that way.” Walk yourself through their version of the truth; ask them lot’s of questions so they feel like they’re the expert.

“It used to snow all the time in Arizona? Wow, how many times per year? Ten times? Interesting! And how many inches would you get at a time?”

At some point make an excuse to check your computer or cell-phone for clarification. Show interest in the topic, so that you can justify looking into it deeper. Or, keep asking questions until you ask one they can’t answer. Either way, you’ve created a perfect excuse to look into the matter further. Now, you’re both on the hunt for the truth. Pull up the facts right in front of them, and act like you’re discovering it for the first time. If you can’t act like this is new information (maybe your job title describes you as an expert on the subject), pretend you just forgot. Seriously, it works.

“It doesn’t snow in Arizona after all!? Well, I’ll be damned!”

Now they’re experiencing all those negative emotions that go along with being proved wrong, but they can’t direct it at you. You’re experiencing those feelings right along with them! There’s no argument, no one is against anyone; you’re all on the same side.

To sum it all up, I’ll use one more brief example. Scrabble is a game that involves using 7 randomly selected letters to form a word. Oftentimes, one player will present an obscure word that none of the others have heard of. I’ve seen it a hundred times: it sparks an argument. One player, instead of formally challenging the entry, will simply blurt out: “That’s not a word!” The other will argue and use it in a sentence.

But, whether you argue about it or not, you’re still going to look it up in the dictionary. Instead of insulting the other player’s sportsmanship by accusing them of inventing words, why not just say “I’ve never heard of that word, let me look it up“. Just like in real life, there is a consequence (or penalty) for being wrong, but it doesn’t have to be the indignation of the person you’re talking to.  When the only person you’re calling ignorant is yourself, no one can argue with that. 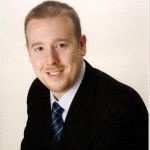