Every business must have a close relationship with two professionals – an accountant and a lawyer. The reason behind hiring an accountant is very clear, but not every business might understand the importance of hiring a business lawyer. An experienced and reputable business lawyer will provide legal assistance in almost every aspect of your business, and this includes copyrights, basic zoning compliance, trademark advice, as well as defending you in case of data breaches.

Business data breach is becoming a major concern, and statistics show that it is one of the biggest security concerns for businesses of various sizes:

More business data theft statistics can be found here. For small and medium-sized businesses, the vulnerability to fraud can be higher, because of the informal nature of business and lack of checks and balances.

Security breaches were the biggest concern in 2014. According to 2014 State of Risk Report by Trustwave, the 476 IT professionals (surveyed about security weaknesses) agreed that the majority of businesses had no or only partial security system protection, control, and tracking of sensitive and confidential data.

Here’s a look at the top sources or causes of security breaches:

Employees with knowledge or access to sensitive data, especially those from the IT department, can cause serious damage to businesses. Employees who are careless or not sufficiently trained to handle confidential data might also pose a risk to the company. Using weak passwords, clicking on suspicious emails, and visiting unauthorized websites are some common mistakes made by uninformed employees.

A recent report by Forrester Research indicates that global organized crime syndicates are behind cyber attacks, and the nature of hacking is changing considerably. Hackers no longer steal data at one go; they extract data slowly over a longer period of time, which makes identification of the data theft even more challenging.

Cloud computing has several benefits, but it also increases the number of potential risks. This is mostly because the companies have to depend on third parties for control of security. Even though the cloud computing service providers adhere to strict security standards, the data stored in shared environments are always at risk.

The popularity of BYOD (bring your own device) is on a high, since it enables employees to share, access, and edit company data from anywhere and everywhere. But, this also increases the threat to data security. How? Many employees use unsecured Internet connections where hacking is much easier; oftentimes, mobile devices get lost, which means that anyone can access the data by entering the account. According to BT study, more than two-thirds of global organizations (almost 68 percent) have been affected by mobile security breaches.

If your company data has been put at risk due to any one of the above reasons, you can consider appointing a business litigation attorney to defend you against the miscreant.

How Can a Business Litigation Attorney Help in Case of Business Data Breach?

The number of data breaches reported in the U.S. in 2015 was 781, according to Identity Theft Resource Center (ITRC) reports. The business sector topped the ITRC 2015 Breach List with about 40 percent of breaches being publicly reported in 2015 – an increase of 8.1 percent, compared to figures from 2014.

According to the 2015 Cost of Data Breach Study: Global Analysis, ‘the average total cost of a data breach for the participating companies increased by 23 percent over the past two years to $3.79 million.’ Moreover, the cost paid for every stolen or lost record of sensitive or confidential data increased six percent from the last year. This means that the cost equals an average of $154 in 2015, as compared to $145 in 2014.

So, it has become increasingly important for companies to understand the importance of data security and how to protect the company’s and customers’ data. In case your company faces data theft, a business litigation lawyer can help you file a data breach lawsuit and restore the integrity of your company.

For instance, Home Depot reported that about 56 million payment cards were compromised in a data breach attack that continued from April through September. Stores in the U.S. and Canada were highly affected. Company officials revealed that custom-built software was used by the hackers. The estimated cost of the breach was $62 million, which included expenses related to additional staffing at call centers and credit monitoring. Several such data breaches happen across every corner of the world.

If your business has faced a similar situation, chances are high that you will be sued by your customers or business partners. In such a situation, you can hire a business litigation lawyer to defend your company against the allegations, and lower the amount of awarded compensation.

Implementing proper infrastructure and educating employees are necessary to avoid data security threats. Data breaches can happen even if you stick to high standards of security; so, in order to stay away from data breach lawsuits and avoid paying hundreds of thousands of dollars in compensation, you must seek the help of a professional and experienced business litigation lawyer.

Not only will he or she help you prepare data breach policies, but the attorney can also help you place a defense when a lawsuit is filed against your company. Stay safe and protect your business data against all potential threats. 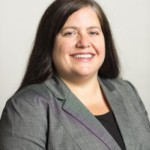 An Overview of the Business Litigation Process