Coping With Change In Business: A Buggy Whip Moment I came across this article the other day –

We are at what I believe is a buggy whip moment.

When the automobile was first brought into general production the mass form of transport was the horse drawn carriage or buggy. Buggy whips were an indispensible piece of kit for any driver; manufacturers of buggy whips did very nicely indeed. With the advent of the horseless carriage, the world of the buggy whip manufacturers changed dramatically. The internal combustion engine does not require to be whipped to go.

The pessimist might be inclined to look upon this as a situation of doom. “Oh woe is me” they might say “my industry has been made entirely redundant by this new technology.”

There are two very important aspects to this.

For a manufacturer that thought of him or herself as just in the buggy whip business the future must have looked bleak (but not entirely doomed for a reason I will return to in a moment.)

However, for a manufacturer who saw that he or she was in the driving accessory business, on the contrary the future was full of opportunity. Suddenly there was a market for driving gloves, hats, scarves and goggles and even those red flags that they had to walk in front of cars waving in the early years.

But even for someone who was determined not to diversify out of the production of whips there were still niches that could be exploited. Equestrian sporting enthusiasts or the Amish community jump to mind as two obvious niche markets open to this manufacturer faced with the existential threat posed by this change.

And now it seems to me that we are in another buggy whip moment. Predictions are hard as the man says, particularly when they are about the future. But it seems to me a relatively safe prediction that advances in technology will proceed at a continually accelerating pace and that the role of humans in many things that we had previously thought could only be done by us will be reduced and in some cases eliminated entirely.

Driving is one area in which we will see big changes within 5 years; if Google is determined on it, I wouldn’t bet against it. On the other hand I’m inclined to agree with Buffet and his partner Charlie Munger that universal change is likely to take a lot longer. But I do think that will happen eventually.

So this will have implications for the insurance industry and the legal profession, but these businesses are only ancillary to the activity at the core of this change. What about jobs connected directly to transport itself?

If you drive for a living the threat is somewhat more pronounced. But again, as with the case of the buggy whip makers a century ago, the solution to the problem is very much dependent on your mind-set in your approach to it. And by all accounts we have 5 years. You can achieve almost anything in 5 years. But you’ll achieve an awful lot more if you start right now.

And for the poor old personal injury lawyers, well there’s always the question of liability for defective products; the big G won’t close one door without opening another!

Images: “ The words Autonomous Vehicles on an automobile gauge with the needle rising past Driver Assist to reach Self-Driving to illustrate the coming of new cars that drive themselves  / Shutterstock.com“ 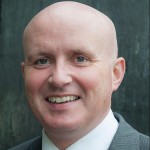 How to Make Hot-Desking Successful in the Workplace

7 Hacks To Managing Change In The Workplace Change Management: Three Steps To Prevent You From Getting Lost