Are Landlines Hanging Up For Good? When I was a child I was only ever allowed to make phone calls during off-peak hours. I’d argue with friends if we arranged to chat in the evening, “No, you call me. I’ll get in trouble if my parents find out I called before five!” Mobile phones and out-of-county calls were out of the question. How times have changed …

Two simultaneous events took place within the last week which really hit me. Firstly, I was filling out an online form and was asked for my landline number. I had no idea if I even had one, so I left it blank; however, the form wouldn’t let me continue. I verbalized my frustration, only for my teenage cousin to turn around and ask “What’s a landline?” I was gobsmacked! While I literally can’t remember the last time I used a landline – it must have been at least seven years ago – the realization that they were practically “dead” came as quite a shock. I started wondering “Is it time to get rid of the landline altogether?” And more importantly, “Does my new business need one?”

I co-founded a new company in June. Unlike my previous businesses, it’s a creative venture in the documentary film industry. With scripts near completion, budget breakdowns compiled and a crew on standby, it’s now time to move into production. Like most documentary filmmakers, we are on an extremely tight budget and have assessed everything with close scrutiny; I’ve even been forced to decide whether to choose tomato sauce or mustard (can’t have both!) on set in order to save a few pennies. Deciding whether or not we can afford to rent a landline in our temporary office for three months has been a real headache.

Landline Use is Rapidly Declining

A study from Statista shows that there has been steady decline in landline use over the last decade. In the year 2000, 95 percent of all UK households had one. Fast forward to 2014 and only 88 percent of UK households have one. While it’s only a seven percent decrease, there is a clear downward trend. At present, the USA seems to be moving a lot faster in the landline culling race with 41 percent of households getting rid of them altogether, and a whopping 95 percent of the population stating that they wouldn’t care if they never had one at all.

You will find more statistics at Statista

With fibre optic, mobile and cable Internet options gaining traction, ADSL broadband connections – which require a landline – are the modern equivalent to dial up. In today’s society, where streaming television and playing online games is a staple aspect of the average household, even the highest speed ADSL connections can strain to cope with bandwidth demands, especially now that ultra-high definition streaming, VR technology, and real-time video game physics are becoming the norm.

Quality, stable broadband certainly ranks higher on the list of priorities for both businesses and consumers than a landline telephone. And with many companies outsourcing and embracing remote working as a viable method of operation (which is almost always conducted online), it’s just a matter of time before ADSL becomes extinct. Then it will become nothing more than a matter of price… Will it be worth paying for a landline connection for occasional calls that could be conducted with a cell phone or third party Internet service? For most general consumers and small business owners, probably not. My new company has opted for the latter.

Even the corporate sector has been limiting landline use in recent years – particularly in customer services – in order to focus on self-service solutions. In fact, it can be quite a challenge to even find the landline number for support when it’s needed. Most banks, energy suppliers and phone networks (ironically) often don’t have one that’s readily accessible. And when they do, callers are often welcomed with automated, pre-recorded solutions to their problems.

Web-Based Solutions are on the Rise

Both customers and companies favour messenger services, Facebook, Twitter, email, forums and detailed FAQ pages over traditional helplines. For the customer, they feel a sense of gratification being able to handle problems on their own. This also benefits companies as they can limit expenditure by having limited support workers on the payroll, which also means less training and recruitment costs. Fundamentally, if human interaction can be bypassed, it will be.

That said, not everybody is particularly tech-savvy, and there are still many that will need assistance from a real person. But, even landlines are no longer necessary. Remote virtual offices are now used all across the globe, especially by small businesses who need a helpline but don’t have the budget or infrastructure to sustain one. Virtual offices usually source low-cost labour from the East and set up local landline numbers that are rerouted via the web. This prevents excessive costs for the customer and upholds a professional image for the business as they get to “brand” their operation with a real phone number.

For example, my new company is currently in the process of making a documentary about the Swedish delicacy surströmming (rotten Baltic herring) – which is said to have the most putrid smell in the world. I wanted to use voice messages of people describing what it smells and tastes like as narration. So I set up a Skype account and purchased a Gothenburg-based phone number for around 100 Swedish kroner (approximately 10 US dollars). I was able to take international calls from a Swedish mobile phone to my British mobile phone for free. I had all of the benefits of a landline, but without the actual landline fees.

With the advent of Skype, WhatsApp and other related online alternatives – most of which are completely free – will mobile networks survive the digital age? Of course, there’s no getting rid of mobile devices themselves, but with the majority of calls and texts going through third party messenger services, monthly subscriptions seem somewhat pointless. In fact, nowadays people are far more concerned about how many gigabytes of Internet they’ll get than their minutes or texts.

In conclusion, it looks like the days of the trusty old landline are numbered. While they’re still mildly relevant, businesses should start pre-empting the future, embracing self-service technology and third party Internet apps, and start encouraging customers to start using them. If the world of communication technology carries on the same way, in a few years people won’t distinguish the difference between a messenger username and a landline number anyway, so what’s the harm? 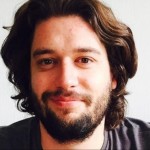 3 Ways Businesses Can Use Technology to Support Remote Teams