But you rank your colleagues? Cataloging, ranking, pigeon-holing fellow employees has a long tradition in the American workplace. Training Mag, Young Up-starts, and various other business publications have articles to explain and help managers implement an ABC ranking system to “drive mediocrity out of [their] organization, from the bottom up.” This system is fairly popular in larger companies, although the overall mindset of the management system has trickled down into how many employees and employers think about their co-workers.

What is the ABC ranking system?

An ABC ranking system, also known as a forced ranking system, is a means for the managers to categorize employees based on their performance, skill, and overall professional potential. The “A” team is the top 20% of the employees. The “B” team is comprised of the middle 70%. And the “C” team is comprised of all employees that fall within the bottom 10%, regardless of whether or not they currently meet employee expectations.

Not all companies have a formalized ABC ranking system, but managers and employees gleefully, bitterly, and at times, unknowingly invest their effort into forming an unofficial forced ranking system.

Let’s be honest for a second here. I’ve participated in this system. I’ve heard co-workers participate in this system. I’m sure some of my managers’ rate based on the inspiration of a forced ranking system. And most of the people reading this article, have probably invoked this system at least once in their professional career.

Last Thursday I encountered the “ABC” mindset and all of its potential pitfalls in full force at a Twitter chat on company culture hosted by Good Co . One of the participants (we’ll call him Alan) expressed the opinion that companies should keep the “A Players happy.” Another participant (Billy-Bob) immediately called foul on the idea of categorizing employees into letter grades.

What followed was a half-hour, off-tangent, and slightly antagonistic debate on the value of placing employees into classifications based on their relative value to the company. On the surface, Alan’s need to identify key employees and ensure they are kept happy is logical.

Companies with happy employees are more productive and those employees are less apt to take their skill to a different work place. It can seem logical to give the employees that regularly exceed expectations more attention in order to cultivate that relationship long-term.

A Multitude of Problems

An ABC ranking system, especially an unofficial one, has a variety of potential problems that could sabotage your endeavors to create a positive company culture. Culture in organizations can guide how employees feel about the company, interact with fellow employees, and feel about work. The following factors could be detrimental to your overall company efficiency efforts.

Nothing can increase employee tension and decrease employee trust then an informal company value poll. The ABC ranking system is meant to be an unbiased and formalized process that ensures that all promotions and raises are based on merit rather than nepotism or personalities.

Colleagues lack the authority, the training, and the overarching view of employee strengths and weaknesses to form truly unbiased judgements. More than that, they are too enmeshed in the grading process. Billy-Bob makes a valid point here, how can Alan properly assign a letter, when his scale might be rigged with himself sitting at the highest bar?

Training Mag’s Easy as ABC: Gaining A People and Performance Edge makes it clear that all judgements should be made by a group of managers who:

Managers should not let judgements made by biased employees sway them. And they should endeavor to guide employees away from thinking about fellow employees from an ABC mindset.

All judgements should be based on pre-defined company and employee goals. In the case of Billy-Bob’s judgement of Alan, he clearly bases his C+ on general work experience rather than actionable accomplishments, skills, and weaknesses.

When determining company and employee goals which will place employees in each category, companies might want to keep in mind these tips presented by Edward H. Rockey’s, a professor at Pepperdine University, in his article “The Innovative Practices Summary.” Stellar employees demonstrate some of the following skills: the ability to:-

Companies might also want to include these factors into their ABC system:

Each company will have different standards and goals. The idea is that those goals should be clearly defined and made available to all employees. This would hypothetically allow all employees the potential to become an “A” or “B.” That control will minimize any frustration that might crop up with the system.

Alternatives to the System?

Ranking systems are not designed to ensure employee happiness. At the end of the day, an effective ranking system should ensure that the company’s staff has the skills and the motivation to ensure the company will flourish.

Still management should monitor the employees’ opinions of the ranking system. A vast collection of employees grumbling about unfair practices of the system might be a sign that the system is flawed. A flawed system could lead to a mass exodus from the company, lack of productivity, or a cut-throat take down your colleagues to get ahead mentality. All can be detrimental to a skilled team oriented company. 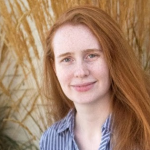