3 Keys to Effectively Tackling a Change in Team Structure If you’re fortunate enough to have a successful business, you’re going to face a restructure at least once — probably several times. From tech giants to startups, the need for change eventually hits home.

Understanding the Need and Scope of Restructuring

Having been through a recent corporate restructure myself, I’m sure Microsoft felt its change was needed. No organization would undergo such a significant overhaul without good reason. When my company restructured, for instance, it was because one of our co-founders, who held the position of chief operating officer, decided to leave and start a new company, forcing us to reevaluate the makeup of our senior leadership team.

From downsizing to a merger or acquisition, organizational restructuring is a complex process often responding to a complex — and, in many ways, inevitable — scenario. In a lean-focused environment rife with ruthless competition, letting go of personnel who perform redundant work duties simply makes sense. And mergers and acquisitions have become increasingly common change agents as employees reconcile all the responsibilities, goals, systems, products, procedures, etc., of the merging entities. Other reasons for restructuring include a change in the nature of the business or a refocus of company efforts in a new vertical.

Of course, the culprit for restructuring is not always an event. It can be merely a gradual evolution responding to the variability of the marketplace. As economies shift and technologies emerge, traditional business methods become stale and antiquated, and the choice becomes obvious: pivot or perish. Smart businesses opt for the former, even if it means months of difficult decisions and tough conversations.

Mapping the Road Ahead for Restructuring

Regardless of the reason prompting a restructure, companies that create road maps to anticipate the challenges and opportunities of their transitions keep their workers comfortable and operational throughout the experience. No matter how connected a business thinks it is to its people, the biggest challenge will always be maintaining a consistent level of trust and minimizing doubt throughout the company.

This doubt makes sense if we accept that workers often worry a hidden agenda could cost them their jobs or put their chances for promotion at risk. Even the most beloved leaders’ motives can be questioned when change is on the horizon.

Consequently, employee trust and loyalty declines if a change in organizational structure seems unnecessary, even if it actually isn’t. The only way to combat this phenomenon, then, is to foster effective communication between leaders and employees before and during the transition.

During my company’s restructure, for example, our leaders’ primary goal was to exhibit collaborative, open behaviors that employees could recognize and then mimic. Leading by example fostered engagement and turned the restructure into a huge, organizational advantage, as it created a company that is stronger and more like a community than a collection of individuals who are strangled by hierarchy. Now, decisions happen faster, and we’re better suited to compete.

Companies that want to ensure that their own restructures are met with affirmation and optimism can better prepare everyone for the transition by following these three strategies:

#1. Commit to Quality Over Quantity

Recognize your internal experts, and give them the freedom to direct and lead your reorganization efforts. Make sure they know that you expect accountability and resourcefulness from them and those they lead. Their roles should be to focus everyone on quality performance until the new becomes the norm.

Moreover, these experts can help reinforce the notion that restructuring isn’t simply a money-saving scheme. Instead, it’s intended to render qualitative changes. For example, my company experienced positive changes after reorganizing that were a lot like the ones Google experienced when it split its companies under the single entity, Alphabet. Rather than continue to grow to unwieldy proportions, Google made a conscious decision to innovate through division.

Since it made the move in 2015, Google has reportedly focused on allowing its workers to concentrate on their particular realms in the organization’s enterprise rather than concern themselves with the company as a whole.

Individuals at your company must be willing to work together to make the transition successful. Ask the leadership team to set common goals, then chart those goals out. This chart can become your guide to determining who is accountable for executing the best improvement ideas and can provide a framework that clearly delineates the role of each employee during the restructure.

Our most effective strategy during restructuring was a commitment to remain genuine and forthcoming to break down the cynical barriers. While communication was already intertwined in our corporate culture, we simply reiterated messaging more often than normal during the transition to reassure and educate our people on our vision of the future.

As a leader, restructuring is your chance to overcommunicate — a tactic that can help eliminate ambiguity before it harms your company. Be honest with everyone, including about the things that haven’t been decided. Don’t say you would “never” lay anyone off if you can’t guarantee that promise. Even if what you’re continuously repeating can be somewhat disconcerting, your consistency and transparency will ensure that you continue to be perceived as effective and dependable.

One of the scariest but most essential moves a company should make is deconstructing all processes to figure out why they’re in place and whether they’re still relevant to the organization’s mission. Will you spend a lot of front-end resources on your disorganization? Absolutely. But embracing deconstructive techniques to become better organized keeps you from having too many unnecessary steps toward your objectives.

Whatever the impetus for your company to restructure, be practical and pragmatic about the experience. Yes, it can be messy and stressful. It can also be exhilarating and freeing. Getting too comfortable in any business leads to complacency, which tends to push innovation to the sidelines. Over time and by working through these strategies together, my company stayed on the right track and became a stronger, more unified whole.

So if you want to keep your company viable next week, next month, and next year, consider restructuring. It could very well be the remedy that your organization needs.

Has your organization undergone a successful restructuring? Tell us in the comments about your trials and triumphs. 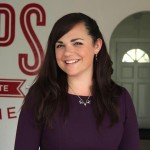