The 3 Most Important Aspects of Crowdfunding Campaign Success Small and large businesses alike are beginning to notice crowdfunding – the fundraising strategy that has evolved from a niche approach to one of the most pervasive opportunities in the industry – and it’s important that entrepreneurs everywhere do the same.

Whether you’re launching a new product, trying to fund a new idea, or looking to raise money for a particular entrepreneurial endeavor, crowdfunding may be the answer to your financial shortcomings. However, if you’re going to leverage crowdfunding, you must recognize the three most important keys to campaign success.

These three keys are campaign ideation, campaign design, and campaign promotion. By taking a step-by-step approach – and spending time with each of these important aspects of crowdfunding – you can increase your chances of success. Let’s take an in-depth look at each key and what you need to do.

#1. Coming Up with a Good Idea

The first key to being successful obviously lies with an idea. You can’t very well launch a campaign if you don’t have an idea of what you’re asking and what value is being presented in return.

The idea is less about what you’re raising money for – this is typically the first thing you figure out – and more about how you’re going to raise money and why backers should feel inclined to support you. On most crowdfunding platforms, backers or supporters are given rewards in return for their financial support. In order to stand out, you’ll need to carefully brainstorm some good ideas. Here are some tips:

Rewards are necessary and important, but you also don’t want to go overboard. As Noah Dentzel, an entrepreneur who’s enjoyed considerable success through crowdfunding, points out, sometimes simple is better. “We also found that offering more rewards made things increasingly turn into a logistical nightmare,” he says when reflecting. “That’s something that we wanted to avoid.”

The second key to crowdfunding success is to design a functional and visually appealing campaign page that converts visitors into backers. Here are some tips you’ll want to keep in mind as you handle on-page design and optimization:

By spending time designing and optimizing your campaign page, you can make potential backers feel more comfortable and informed. This will make the third aspect of crowdfunding – marketing and promoting – that much easier.

#3. Marketing and Promoting Your Campaign

“The most important aspect to your campaign is to share it: no one will be able to help you if they aren’t aware of your campaign,” writes Sara Margulis of Plumfund, one of the largest online fundraising networks. In other words, marketing and promoting is extremely important. Here are some tips you need to know:

Marketing and promotion will make or break your campaign. While it’s certainly important to develop a good idea and design an effective page, you won’t go anywhere without visitors. You’ll want to spend most of your time attracting these visitors.

It’s clear that crowdfunding is a powerful mechanism for raising money. The question is whether or not you, as an entrepreneur, know how to take advantage of this wonderful opportunity. By focusing on the three keys – ideation, design, and promotion – you can greatly increase your chances of success. Keep the tips and information referenced in this article in mind and don’t be afraid of taking strategic chances. 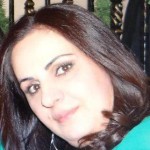