An over-the-top busy schedule reflected on your smart phone is what greets you in the morning. Unrealistic deadlines send you on your way to lunch. Scope changes and budget cuts make for an appetizing dinner. The challenge of strategizing a game plan with proper management tools rock you to sleep. You are not a regular person. You’re a project manager. And below are ten reasons why you are also a superhero.

A project manager like you, no matter what age, does not need to solicit help from others to exercise your power. You are a natural leader who exudes optimism, whereas us mere mortals have no choice but to value and worship you (even though the closest thing to a superhero costume you have is that to-die-for smile that says “I know what I’m doing, you can trust me.”)

# 2. You respect rules and regulations

Batman had to fight crime through vigilantly taking things in his own hands. The society did not approve of this. But Batman’s vigilantism didn’t mean his neglect for the law and order. What he would do is catch the villains and hand them over the police. For what? Due process. Also, Batman never kills. No matter how badly you want your project to succeed, you (like a superhero) wouldn’t dare trample on other people (or certain policies) to get to what you want.

# 3. You know how to establish and utilize networks

Jim Gordon is Batman’s supporting character. He was once the police commissioner of Gotham City. Jim Gordon, in the pre-crisis version of his story, was disapproving of Batman’s mysterious and vigilant approach to interfere in police business. But that did not stop Batman from utilizing him. They ended up having an indispensable relationship where one needed the other and vice versa. This concept can be applied in project management. Using tools or software and building unexpected relationships, especially in social media or an online community, can help a project—and your team—one way or another.

# 4. You work not for public recognition… but you get it in the process

Why would Batman opt for a method of vigilantism? Why would he choose a ride which might as well be a shadow? Because he couldn’t care less about what Gotham or any other city or town thought of him… being the superhero that he is. And that’s you, too! You get ahead not because you’re a sour grape. You lead because you give credit where it is due, and that makes you that someone everyone wants to work for and with!

# 5. You can do it yourself, but you are more powerful in teams

Everyone has his or her own strengths, superhero or not. The good thing about you as project manager is you value what everyone in your team can contribute which can help in increasing productivity. You do not act almighty only to take up all responsibilities. You put up your team, build people up, and together you intend to function like the X-Men, Justice League of America, or the Fantastic Four—teaming up together, sharing a common goal: success.

# 6. You don’t really have super powers

…at least not at first glance. Unlike all the DC superheroes with super speed, super strength, or super good looks, like Batman, you don’t really have any super powers. But hey, that didn’t make Batman any less of a hero than all the others. Same goes with you. You may not have super speed, but you might have super thinking which is always a great asset.

# 7. Moreover, you actually have a weakness

If Superman has Kryptonite, you must have a weakness too. But like Superman, that shouldn’t keep you from emerging victorious comic by comic, and movie after movie. Your weakness may be time management. But you have the super ability of delegation to top that. So, fortunately for you, it is always a win-win situation.

# 8. It is your nature to help others

Superheroes help people by rooting the cause of evil and putting an end to it. Project managers should not be too engrossed with themselves, but with how they aim to help other people improve and make their work easier.

Like Batman, Superman, Wonderwoman, you have the ability of holding on up until the very last breath. You trump challenges not always with just a flick of a finger, but by wholehearted commitment and everlasting persistence.

What do you think makes some superheroes wear the most atrocious of costumes? Bright yellow belts, underpants that are not really under anything. It’s to hide their identities as much as possible to continue saving the world. They love what they do. And you too. You have been bestowed the title of Project Manager strongly because you have passion for leadership, compassion towards your colleagues and subordinates, and strong affinity with your job description… down to the littlest bit of fine print.

Give yourself a pat on the back. With or without a cape, you’ve been making the world a better place. 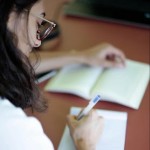