What Fight Club Taught Me About Business Meetings

I know I’m not supposed to say that… but I do.

You know those meetings that are a complete waste of time; where you leave feeling like nothing was accomplished; and nobody said what needed to be said.

On the other hand, I’ve been in meetings where the opposite happened:

Those were the “Fight Club” meetings.

You remember Fight Club,  don’t you?

A man dissatisfied with his life forms a “fight club” with a soap salesman named Tyler Durden. The club soon becomes a movement that spreads over America.

And though I could go on and on about the movie’s raw content, fight scenes, and influence as a cult film I wanted to discuss the parallels between the fight scenes and great meetings.

Here’s what I learned:

The men would get into a ring, fight as long as they could, and after they fought an amazing thing happened, they’d become the best of friends.  It never made sense to me until now. That’s how meetings need to be: a place where issues can be argued, fights can be fought, the truth can be spoken and heard, and ideas for the betterment of the group can be created.

When that takes place something strange happens: in the middle of the bloodshed the people involved become closer than ever. They went beyond the veil of “professionalism” and became more intimate. They crossed each others battle lines and become best or better friends.

In Fight Club, it never mattered who won; no records or scores were kept. It only mattered that they made it through.

Does it really matter, in the long run, if you’re right? Or wrong? As long as the group benefits, who cares?

The purpose of the disagreement is to find the best course of action, and sometimes it may not be yours. If you get in a tussle and see that your ideas aren’t holding their weight, tap out.  And if you’re on the “winning” side don’t believe it’s a win for your ego. It is for the team.

I have to admit: I didn’t get this from the movie. I don’t think the purpose of the group took form until later… after everyone had bruises on their face!

Is there anything I missed? 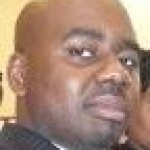 How to Rock the Gig Economy