Watch Shark Tank And Learn The Key To Attracting Investors In his opening presentation he made a strong a case for why the Sharks should invest in his company.

Robinson’s compelling description of his business and the market he serves got the Sharks interested. And his sales figures got them excited – nearly half a million in revenue last year and more than $2.5 million in the last 6 years.

But it got even better. Taylor Robinson Music doesn’t just have grandmas teaching piano as a hobby. Their list of instructors is dotted with famous (or at least semi-famous) musicians such as a guitarist from Earth Wind And Fire and several American Idol runners-up.

Strumming his guitar throughout his presentation and supported by two soulful backup singers, Robinson had the Sharks smiling and laughing until he closed his introduction with  the musical question: “Who’s Ready To ROOOOOOOOOOOCK?”

All the Sharks applauded while adding comments like “Beautiful Voices!”  and “Very good”.

Obviously Robinson had come prepared. For any entrepreneur planning to pitch investors, he did three things to insure a good first impression:

In short, he was the kind of person anybody would want to go into business with.

And ten minutes after that impressive introduction he walked out of the Shark Tank empty handed.

Robinson’s failure to land an investment from one of the Sharks demonstrates the most important lesson you can learn about convincing someone to invest in your company:

Profits Are More Important Than Products, Ideas Or Even Revenues

Creating a new product or service can be a labor of love as well as a way to get rich.

If you are happy starting out small and growing slowly by reinvesting your profits, great.

But if you want to accelerate the process by asking someone else (usually a stranger) to invest their money in your business, things will change.

Taylor Robinson’s appearance on Shark Tank made this fact painfully obvious once the introductions ended and the Sharks got down to discussing the details of his business. Robert Herjavec (my favorite of the Sharks) spoiled the mood when he asked the most basic of questions: “What’s the profit?”

To his credit, Robinson gave an honest answer. “Profits are tough” he admitted.

And that is when all the excitement died down.

On the $450,000 in revenues in the previous year, the company made only $40,000 in profits. (No details were provided about whether this $40,000 figure was before or after Robinson paid himself.)

It turns out that there are 2 issues limiting the profits the company can generate.

First, while Robinson boasts over 4000 “screened and approved” professional instructors, he only charges $23.00 a lesson.

And the company only collects a small commission on that $23.00 since most of the money stays with the instructor. So for just  a few dollars per lesson Robinson has to manage and market the business. Plus he has to conduct those all-important background checks. And, as we would soon learn, they are really expensive.

But it is the second issue that is the real profit killer: there is no pricing flexibility with Robinson’s system.

When Taylor informed the Sharks that instructors could not set their own prices the Sharks howled their contempt. Kevin O’leary (sarcastically called Mr. Wonderful on the show) whaled, “you must be kidding me!”

In a matter of a few minutes all the Sharks went from intrigued and even excited to disappointed. And in the case of O’leary, contemptuous.

Working Hard And Not Smart

Several times the Sharks tried to encourage Robinson to change his business model.

Instead of a high volume of business with each instructor charging bargain basement prices, the Sharks wanted him to focus on the high-end instructors.

O’Leary mentioned that he once took lessons from a guitarist who had played with Aerosmith. And he happily paid $90.00 an hour for those lessons.

Another Shark, Daymond John, saw a similarity between Robinson’s business and one John has already invested in. At Game Changer Meetings anybody with the cash can pay to set up a meeting with a famous business mogul, media star or even a supermodel.

John explained the essence of the business this way, “anybody can teach you to walk down a runway. But if you want a supermodel to teach you, it’s $4000!”

The Sharks  immediately saw where the opportunity was in Robinson’s business: maximize profits by letting each instructor set the highest rate they could justify.

That Robinson envisioned a different type of business is understandable. As a lifelong musician he saw the business from the guitar-player’s point of view, not the investor’s:

Lots of people want to learn how to play an instrument. Increasingly schools don’t offer the needed classes. Most musicians are in need of extra money. Creating a service that puts the student together with the teacher makes perfect sense.

He has confused activity (revenues) with productivity (profits).

Daymond John perfectly summed up how the Sharks collectively viewed the company:

”I think your positioning is absolutely wrong. I think you’re working hard and not smart. And for those reasons, I’m out”.

In fact all five Sharks decline to even make Robinson an offer, they weren’t interested in buying into his business at any price.

We Are Just Going To Keep On Doing What We Do

Unfortunately, Mr Robinson didn’t seem to learn anything from his experience on the show. In his interview after walking off stage he had this to say,  “They liked me and they liked the business so we are just going to keep on doing what we do”.

If you want to attract investors, having a good idea isn’t always enough…… even if you love your idea. Some of your favorite concepts, strategies or products may need to be adjusted. Or replaced entirely.

Mr. Robinson’s comment that, “we are just going to keep on doing what we do” is a sure sign that he wasn’t willing to do that. That he had fallen in love with his idea. He was in love with his business as it was currently constructed.

And love, as the poets say, is blind.

Investors will not be blind when it comes to evaluating your business.

They may be intrigued with your products. They might be impressed with your engineering and design. They might even be excited by your potential. But your best bet for attracting investors is to always focus on profits. 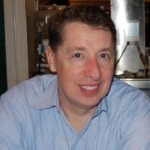 How Startups Can Leverage Social Media