A staggering 90 percent of startups fail, a much higher rate than the already high failure rates of most businesses. To succeed, you need to set yourself apart from the competition by making intelligent investments and taking important steps.

To be one of the minorities who survive, take the following six steps.

During the crucial launch and scaling stages of your business, it is vital that you invest in your team. While big personalities and the brands that follow them can make it look like some startups are successful entirely because of a single name attached to them, the reality is that no startup will survive without a diverse skill set, top talent, and extraordinary teamwork.

Entrepreneur and investor John Rampton lay out the process as follows:

But a solid team isn’t just about having the right people. It’s also about organizational psychology and effective team building. For teams to work well, the American Psychological Association notes that:

Consumers are heavily influenced by your business’s online reputation. Ninety-one percent of 18-34-year-olds trust online reviews as much as friends and 86 percent of consumers read reviews for local businesses. Fifty-seven percent of your potential customers won’t even consider working with you if your star rating is below a four.

If you want to your startup to be successful, you need to make reputation management a priority from the beginning. Doing so will:

How do you invest in online reputation management?

Online reputation management expert Brian Patterson recommends that you “ask happy customers for reviews” since “consumers don’t typically review [businesses] unless something goes wrong.” He suggests that you:

You may or may not consider yourself a “natural leader,” but what ultimately separates successful leadership in a startup from failing leadership is the fact that leaders in the company continue to hone their skills.

Hiver founder Niraj Ranjan Rout believes these pitfalls are common for leaders of new startups and can be detrimental:

Having the ability to network is obviously an important skill for leadership in startups, but leadership often becomes so obsessed with “startup culture” and talking to other like-minded business innovators that networking for its own sake becomes a distraction from startup growth, rather than a way to invest in it.

Neil Patel, the successful founder of Crazy Egg, KISSmetrics, Quick Sprout, and HelloBar, takes a rather contrarian stance on networking, noting that most founders hate it and that most networking events are a waste of time that won’t teach you anything you couldn’t have learned at home. So he suggests getting more strategic and targeted with your networking:

5. Wait For A Product Idea People Are Willing To Pay For Immediately

Most startups fail in large part because the product on offer doesn’t address a pain that customers feel strongly enough about. The fact that most startups fail is, in part, self-fulfilling on the customer’s behalf. Why invest money in a product from an unproven company that will probably fail?

The most common reason startups fail is that 42 percent of the time, there simply was no market need for the product.

This is why investing in a minimum viable product before even launching is so important. You can test your MVP in various ways, such as:

6. Watch Your Cash Closely And Get To Revenue As Quickly As Possible

Aftermarket need, running out of cash is the second most common reason startups fail, accounting for 29 percent of the failures.

Startups are often run by people who are engineers at heart, and for that reason, they often want a perfectly designed, fully functional product. They believe that if they invest all funds in achieving that goal, the money will follow. And it might.

But the market doesn’t see things the way most engineers do, and a product that is successful to its creator won’t necessarily meet the needs of its customers perfectly.

Investing as little cash as possible in generating a revenue source of any kind should be the primary goal of a startup founder.

A business that is not generating revenue will not survive.

A successful startup sets itself apart with a solid team, smart reputation management, strong leadership, focused networking, tested products, and cashflow consciousness. Take the steps necessary to prioritize what will keep your business alive and build the business of your dreams. 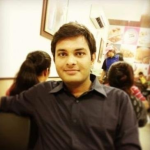